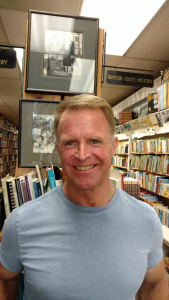 April 28, 2017 (La Mesa) – Bookworms, rejoice! Huffington Post has published a list of the best 50 independent bookstores in the U.S.  Five are here in California – including Maxwell’s House of Books in La Mesa.

Maxwell’s ranked number 22.  Reporter David Moye writes, “Maxwell’s has a lot of rare academic and scholarly titles as well as other hard-to-find titles. The owners are happy to engage in deep conversations about the books. It’s in a cozy neighborhood in a San Diego suburb and I feel like everyone is stopping by to say, ‘Hi.’”

Maxwell’s is owned by Craig Maxwell, the grandson of Vernon Wahrenbrock. During the Depression, Maxwell’s grandfather spent $16, his family’s life savings, to buy three truckloads of books.  He opened up a used bookstore, Wahrenbrock’s Book House, in downtown San Diego in 1935.  The store became a local legend, attracting bibliophiles from far and wide.

In 2003, Maxwell opened Maxwell’s House of Books in La Mesa’s historic downtown village,  carrying on his grandfather’s legacy and shared passion for the written word more than eight decades later. 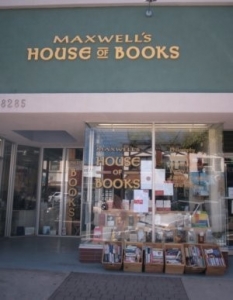