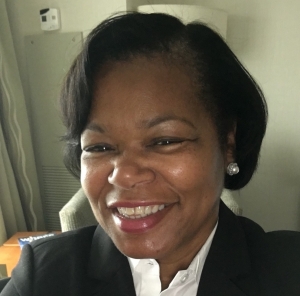 April 19, 2016 (La Mesa) - Emma Turner, Vice-President of the La Mesa-Spring Valley School District Board of Education, was elected to the position of Chair of the National Black Council (NBC) of National School Boards Association (NSBA) and also installed as a member of the Board of Directors of the NSBA at their annual conference on April 11, 2016 in Boston, Massachusetts.  During the two-year term of office, Dr. Turner will be the leading educational advocate for providing a quality education for all African American students across the nation, as well as all students.  Dr. Turner will also serve as a spokesperson for issues that impact the education of African American youth.


Dr. Turner says she's committed to ensuring that a quality education is accessible to all K-12 students in the form of college and career readiness. Dr. Turner has served on the Delegate Assembly and Board of Directors of the California School Boards Association; two terms as Pacific Region Director of the NBC; a member of the NSBA Federal Relations Network and Advocacy Team; and a member of the national nominating committee for the NSBA.  Dr. Turner is a retired Naval Officer, having served 27 years on active duty.