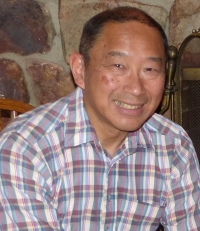 June 17, 2020 (La Mesa) -- In a meeting Wednesday, June 17, the Citizen Oversight Task Force set a plan in motion that could culminate in a November ballot initiative to bring a strong police oversight commission to La Mesa.

After missing several meetings due to the coronavirus, the group resumed meeting in the wake of mass protests and riots over the La Mesa Police Department’s mistreatment of the Black community.

The task force was set up by the La Mesa City Council after an investigation into an incident at Helix Charter High School, where a school resource officer slammed a female Black student to the ground twice after she was placed in handcuffs in 2018.  The city of La Mesa reached a $130,000 settlement with the former student, Briana Bell. The officer involved is still employed by La Mesa Police, but no longer works in schools.

The task force’s main purpose is to make a recommendation to the La Mesa City Council on how and whether to set up a community oversight board of the police.

Since La Mesa is a general law city, the City Council does not have oversight power over the police department unlike large charter cities such as San Diego and Los Angeles. The task force discussed how to provide independent and strong police oversight with this limitation.

A proposal brought forward by Jack Shu would put a ballot measure on the November ballot to set up such an oversight board, since voters have the ultimate power in La Mesa. In the meantime, he explained, the City Council could set up an emergency oversight board to investigate the numerous complaints filed about the police handling of the May protests.

“We have serious complaints we need to address right now,” Shu said.

If the ballot measure fails, that board could operate for a year after it was set up. The city council would also have the option of creating its own oversight board, although it would likely be less strong than the one put to the vote.

If the measure passed, the emergency board would be transformed into the permanent board. National City’s police oversight board was created through a ballot measure.

While Shu’s plan was not approved in the meeting, the group set up subcommittees and plans three additional meetings for July so that if it decides to pursue the matter, it could bring the measure before the City Council on July 28 — the deadline for the measure to reach the ballot.

The subcommittees will study several things including the difference between general law and charter cities, whether an oversight board should have subpoena power, examples of similar-sized cities with oversight boards, and the processes needed to get a measure on the ballot by November. The meetings in July will include presentations from experts in some of these areas including Davis, CA,  a general law city where the city council set up a community oversight board without using a ballot measure.

The meeting was civil with the main contention being whether to conduct a long public survey process to determine what people wanted, or to take on Shu’s fast-track approach. While Police Officers Association representative Steven Evans cautioned the task force not to have a knee jerk reaction to the protests, other members pointed out that the task force is a culmination of years’ worth of advocacy and issues regarding police misconduct.

Shu said there is a sense of urgency in responding to the public. Fifty-seven people sent public comments to the task force, none opposing creation of an oversight board. The public has also weighed in during other steps of the process and advocates pushed the City Council to create an oversight board in the first place.

Jamal McRae, another member of the task force, pointed out that creating a board is an urgent matter because La Mesa has made national headlines three times in the past two years for police brutality or misconduct, despite being a city of only 60,000 people.

The Police officer at Helix High was completely exonerated by three review panels. The last one was hired by the City of LA Mesa. After they also agreed that the officer did nothing wrong the City pushed again and put together this Citizens Task Force! As for the City paying out Money, that is on them! Should have went to a trail. City and the Officer would have won that case with no issues! So please state facts not emotion about LA Mesa Police Brutality! The young man at the Trolley who wouldn't listen to the Policeman was in no way Brutalized by Said Policeman! Fact! Ask The Sheriff Dept if they know this individual as a good citizen. Our city burned because of a Pacifist City Counsel that is in constant conflict with the Police Dept. This Citizens Task Force needs to educate itself on what they Think Brutality is VS what it actually is! They need to be shown what the Police are trained on the factual situation of an Action vs a Reaction! Ask this Task force if they know what that means! If you're not willing to learn anything about Policing, you are already too Biased! Last, how many Task Force Members have been on a Police Ride Along? That should be Mandatory! LA Mesa Police does not have a Brutality Problem! As El Cajon Police just received a budget increase! Pandering is no way to move on things, if actual facts are not addressed! Shame.