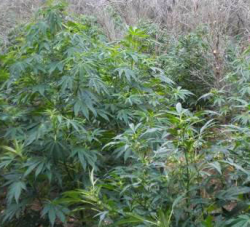 November 5, 2014 (La  Mesa)  - The hopes for an ordinance that would allow for medicinal cannabis dispensaries in La Mesa went up-in-smoke as Proposition “J” failed in last night’s election.   A similar measure in Encinitas suffered the same fate.

However the advocates for Prop “J” were optimistic last night as they left a poll-watching gathering at Swami’s in La Mesa with the results still very much up in the air.

Nationwide the news was good, “the pace of reform is accelerating” said Cynara  Velasques a public policy advocate   “A dispensary ordinance in La Mesa would have been a step in the right direction for the greater number of patients who need safe access.”

Oregon became the latest State to legalize “recreational” marijuana - meaning pot would be available for purchase legally providing they qualify as a consenting adult free of a felony criminal record.  A similar State law appears on its way to passage in Alaska where the numbers are too close to call.

De-criminalizing marijuana possession in the District of Columbia and the disproportionate application of the law against black people were the big issues in the debate.  The measure passed with a wide margin but needs congressional approval.

Overall Cynara is looking to 2016 as the Presidential election year that will bring legal cannabis to California.  “The winds of change are with us, the people have let their will be known” she said with a confident smile.