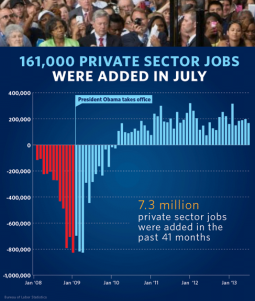 On behalf of East County Magazine, we wish you and your family a very Happy Labor Day!

The first  national Labor Day was adopted by Congress in 1894 and signed into law by President Taft, following a tradition began by  New York in 1884 followed by several other states. Today we honor the contributions of American workers to our nation.

This year is a special occasion, since it marks the centennial celebration of the U.S. Department of Labor.  The first Labor Department Secretary was a former coal miner who helped found the United Mine Workers Union.

Founded 100 years ago in 1913, the Department o f Labor has helped usher in many reforms and protections for workers that modern-day people may take for granted--such as  the 40-hour work week and overtime pay, worker’ compensation for ill and  injured employees,  the Equal Pay act for women, laws to prevent discrimination based on race, outlawing child labor, enabling those with disabilities, and adopting OSHA, the Occupational Safety and Health Act to protect workers from dangers in the work place.

Across the nation, labor representatives continue to fight for fair wages for workers.   In San Diego, labor won a victory earlier this year when the City Council adopted a prevailing wage ordinance for workers on city projects.  Some local fast food employees also joined in a protest to call for higher wages to support their families.

As we celebrate Labor Day this year, far too many workers remain  unemployed, including many teenagers and over 700,000 veterans.

But there is some good news on the economic front.

Federal policies to encourage American companies to bring manufacturing operations overseas back home to America have proven to be effective.  Biz Journal reported earlier this year that According to a recent polling of manufacturing executives, 37 percent of U.S. companies with production plants in China have either brought that work back to America or are strongly considering doing so.  Apple and AirBus are among the major corporations that have brought some manufacturing jobs back to the U.S.

In the past 3 years, a half million manufacturing jobs have been created in the United States—and a total of 7.3 million new jobs have been added in the private sector in the last 41 months as we finally move forward out of the recession.