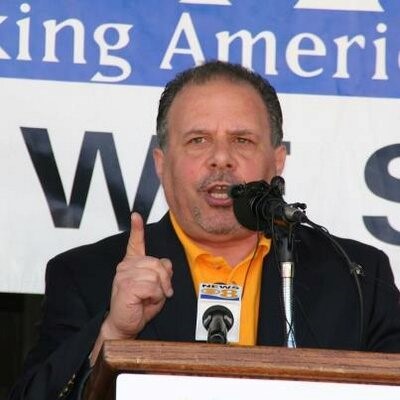 February 7, 2017 (San Diego) – Two lawsuits have been filed against powerful labor leader Mickey Kasparian, president of the San Diego-Imperial Counties Labor Council and president of the United Food and Commercial Workers Union. Local 135.  Though neither of the cases have been heard in court, some prominent San Diegans are calling on Kasparian to resign.

The most serious of the allegations are in a suit filed by former insurance clerk Isabel Vasquez, who claims Kasparian threatened to fire her if she refused to provide sexual favors in his office and in hotel rooms charged to union credit cards.  In a second complaint, Sandy Naranjo, a union organizer, says Kasparian retaliated against her for siding with a political rival . The union clams her complaint was dismissed as lacking merit. A third employee, Anabel Arauz, has alleged discrimination .

Kasparian has denied all charges, according to the Reader.

UFCW Local 135, in a letter posted by NBC, voiced support for Kasparian.  The letter indicated Naranjo was fired for falsifying documents, destroying union property and insubordination.

“It is profoundly disappointing that individuals, by signing onto a letter, would choose to ignore the facts, or turn their backs on our members.”  The Local’s letter states further, “We may be living in bizarre times, but facts still matter. Lawsuits are not truth, especially when they are filed by those who have failed to do their jobs.”

In a letter sent to the UFCW Local 135 executive boards, the Labor Council and the San Diego Democratic Party and signed by over three dozen prominent Democrats, calls on Kasparian to resign or for the labor organizations to put him on administrative leave while conducting a “prompt independent investigation into the claims that women are suffering or have suffered sexual harassment, retaliation, and bullying in the workplace at the behest of Mr. Kasparian.”

The letter also urged that steps be taken to protect existing employees and called on the Democratic Party to consider replacing Kasparian as a delegate to the party’s State Central Committee.

“We believe in Mr. Kasparian’s rights to due process for these allegations,” the letter claims, despite calling for him to step down from his positions of power before any court weighs in.

But the Union Local’s letter concludes, “We will not be bullied into ignoring the needs of our members, or what our mission is…We are here to serve our members, and that is what Mickey and all of us have always done.”

The Secretary-Treasurer of the Labor Council, Dale Kelly Bankhead, said she has faith in the court system, NBC reports. Bankhead concludes, “No internal labor council investigation could do a better job."

Correction:  An earlier version of this story incorrectly stated that the union said Arauz was fired and had a claim dismissed as without merit. In fact the union was referring to Naranjo, who disputes the union's version of what transpired.