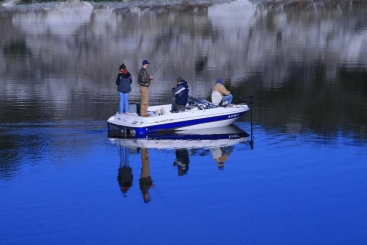 May 26, 2019 (Lake Morena) – A petition signed by 301 area residents opposed to a Forefront Power’s proposed utility-scale solar energy facility in the Lake Morena area of Campo has been submitted to Supervisor Dianne Jacob this week.

A Facebook page dedicated to stopping the Lake Morena solar power plant has also been established at https://www.facebook.com/Stop-the-solar-power-plant-on-Lake-Morena-Drive-276647673281686/.

The facility would produce 2.4 megawatts (MW) of power, utilizing 17 acres of a 165-acre site on Lake Morena Drive between Yaweh Lane and Hauser Canyon Road.  Forefront Power has applied for a major use permit through the County’s Planning and Development Services Department (MUP18-004).

According to an SDG&E press release, the project is supposed to be “the first community solar plant approved for SDG&E’s EcoShare program, which allows customers to purchase renewable energy directly from a local renewable energy developer."

The push for industrial solar facilities has been fueled in part by a state mandate for all counties to reduce greenhouse gas emissions and encourage shifts toward clean technologies such as solar and wind instead of pollution-producing fossil fuels.  While the goal of taking major steps to address climate change is worthy, there is substantial disagreement over just how that should be done. In San Diego’s East County, multiple communities have been pushing back to object to industrializing the backcountry, arguing that solar instead should be situated on rooftops, parking lots, and in already urbanized or industrialized areas – not rural communities.

Residents opposed say that they want to keep Lake Morena rural for residents, as well as a destination for visitors to come hike and visit the lake. Lake Morena has already suffered a hit to tourism after the city of San Diego, which owns the reservoir, drained it during the drought to fill San Diego’s water needs.  Even after heavy winter and spring rains, Lake Morena remains at only 10% of capacity.

The Stop the Solar Power Plant site states: “As a community member I do not want to drive down Lake Morena Drive and see a prison like fence surrounding acres of solar panels. Herbicides will be used to soak the ground under the panels and leach into the ground. The solar panels will created an micro climate and in the summer temperatures will rise. The natural pathways for animals will be destroyed. It is not within the community plans. Property values within two miles will be destroyed. Our community will receive no benefit from this except for the property owner and solar company.”

The petition lists the following reasons for residents who oppose project:

2. The effects of the proposed project remains unjustified and/or unexplained.

and, declared most prone to fire by SDGE, due to, its vicinity to the newly installed

accelerated by the Hauser Canyon wind tunnel with frequent gusts. Certainly not prudent.

5. Negative market values and effects on the properties around or, near it.

6. Potential increased in fire insurance rates for the properties around or, near it.

7. Changing and endangering the Environment.

8. Reflection glare to the Lake Morena Drive, reflecting the light/sun to the upcoming

9. Community will Receive absolutely no benefit, incentives, or compensation for very high

10. Industrial solar Power plants not consistent with the community character.

11. Grounding Plans not produced nor, any reference to a safe method for grounding

Claudia Millerbragg says she fears approval of one solar facility could open the door to more, as in Jacumba, noting that there are three large parcels currently for sale on Lake Morena Drive.

In addition, she has fire safety fears over the project’s location off Hauser Canyon “That is a concern as during the Border fire it was feared the fire would shoot up to the village through the canyon. It would easily reach the proposed solar plant. Studies are showing that solar panels are often cheap and when burned, emit toxic fumes. I have been told that fire departments are often not trained in fighting solar panel fires.”

Forefront Power is a wholly owned subsidiary of Mitsui & Co. Ltd. A global energy infrastructure and investment company with an A rating from Standard & Poor’s.  According to the company’s website at https://www.forefrontpower.com, ForeFront has developed over 800 megawatts of capacity across over 1,000 projects “targeted on assisting public sector agencies and C&I firms to deliver the most impactful behind-the-meter, virtual, and wholesale solutions.”

All excellent ideas, yet the energy companies seem to choose otherwise for some reason. I've seen this type of 'progress' before. It takes years for the US to adapt to what other, innovative countries do. No excuse for the lag time.

As already mentioned in the above article, there are already ways solar is working in the city.  Scenic areas have already been destroyed in Ocotillo, Jacumba Hot Springs and McCain Valley.   The natural environment was once considered so valuable that campgrounds, hiking trails and recreation areas were created to enjoy it.   But now it is needlessly being forsaken because of a mandate.   Industrialization of the backcountry hasn't been stopped so far and it doesn't look hopeful for the future.

Seems that few people want them in their 'back yard'. So what's the answer for future energy?

in Germany they put small-scale wind turbines that don't have blades to kill birds on the corners of some business buildings.  Someday maybe technology for solar highways and solar windows may become affordable, just as solar shingles are becoming and solar panels already have dropped sharply in price as more people buy them.

Rechargable electric vehicles that you can plug in at home or at charging stations are helpful. Also new buildings built with passive solar systems to keep them warm/cool seasonally without the need for air conditioning or heat most of the time.

Why not put solar on roofs of shopping malls, universities, industrial buildings, in fill lots, parking garages, and offices instead of on beautiful meadows in scenic rural areas, parks and  preserves that are better left natural to provide wildlife habitat and beauty for us all to enjoy?