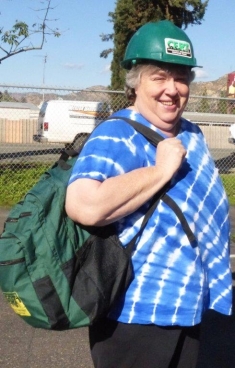 February 28, 2017 (Lakeside) – The room was packed for a recent training program offered by the Lakeside Community Emergency Response Team (CERT) for volunteers eager to help their community if a wildfire, earthquake or other disaster overwhelms local authorities. 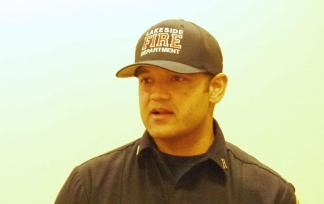 Lakeside’s CERT team started out as a “train and release” program with about 200 volunteers. Now under the leadership of Captain Lance Buford, the CERT team is moving to the next level, with about 80 participants committed to stay on under an expanded “train and retain” program.  That means continuing education with classroom exercises and drills.

“We’ve put together an excellent team,” Captain Buford, program manager, says. “Our biggest need is volunteers and to increase awareness of CERT.” 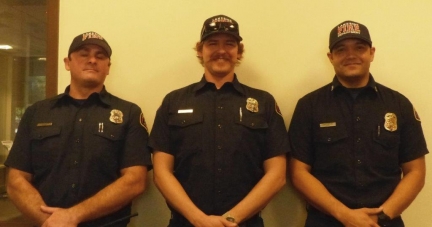 Shane Daunis, instructor, explains that CERT volunteers can help keep a problem “containable,” such as shutting off gas to prevent an explosion, or putting out small fires with fire extinguishers.  CERT volunteers also check to see if anyone is injured and help trapped victims if firefighters, Sheriff’s deputies and paramedics are not immediately available.

“This reduces the workload of the fire department,” says Captain Buford, who recalls that during major wildfires that devastated Lakeside, “100%, or 99%, of Lakeside’s firefighters came in from off duty to work these fires, but they were still overtaxed.”

Josh Wilson just started his training.  “This is important for the community. I’m excited to be part of this. Captain Buford has done important things,” he says, such as setting up sectors and linking communities, also adding planning with the San Diego Humane Society and a class this year planned on animal response during disasters.

CERT’s outreach academy requires four eight-hour days of training to get certified, followed by approximately another 10 hours per year, which may include a couple of classes or drills.

At a recent training session in January, participants learned how to use family radio service (FRS) similar to walkie-talkies to communicate with HAM radio operators. 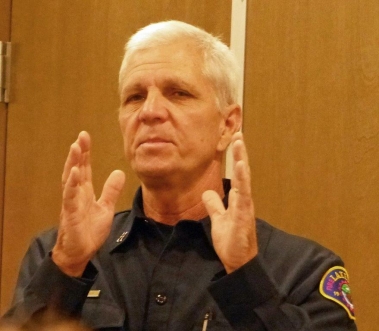 Participants in the training program learned that the first step in any disaster is to be sure that you and your family are safe. Next, CERT team members check on others in their neighborhood.

Christina Whipple, an avid CERT team volunteer, emphasizes that anyone can participate, even those with some physical limitations.  “I can’t be in smoke,” she says, citing a respiratory condition.  But she can still make calls and check on others in her community, post signs and communicate with others.

She explains how CERT volunteers can move someone who is unconscious or injured, but weighs too much to lift. The solution?  Spread out a blanket, slip something firm beneath the person’s neck, then gently slide them onto the blanket. Pick up the ends and drag the person to safety.

She carries her backpack full of gear everywhere, to be prepared whenever an emergency occurs.  Whipple said her CERT training came in handy recently when she came onto the scene of a child on a bicycle who had been hit by a car.

CERT teams are not activated unless other official sources are overwhelmed during a major disaster, such as a flood, earthquake, firestorm or terrorist attack. 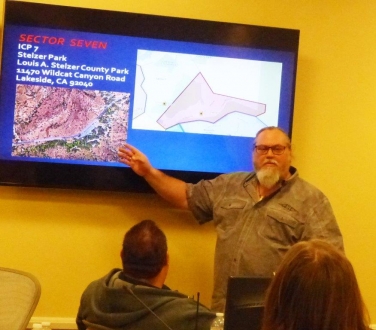 Paul Rios (pictured left) from the Lakeside Amateur Radio Club heads up the CERT team’s communications section. During a demonstration, he held up an FRS and said, “There are 22 channels on this one.”  During drills, CERT team members test out frequencies to learn which ones can be used without overlapping over channels.  The FRS is low power, typically carrying anywhere from a half mile to a mile and a half—and no license is required to operate it.

He offered a demonstration of a mock call for ambulances to transport injured victims—and showed how easily miscommunications can occur, stressing the importance of repeating back commands.

“This is a fantastic showing,” Captain Palmore told those present. “I really hope we provide something valuable that you can take home every time.” 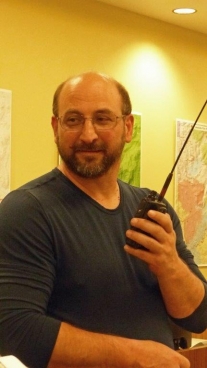 CERT review - Putting it all together:

New roles for CERT in the future. Point of Distribution (POD) training: