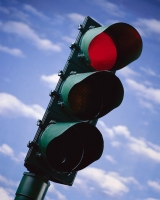 August 26, 2014 (Lakeside)--A Lakeside teenager who tried to cross a busy intersection on a red light on July 23 was struck by a car.  Now, over a month later, Jason Buss remains in a coma at Rady Children’s Hospital.

His mother, Janette Buss, told 10 News that her 15-year-old son underwent surgery to relieve pressure on his brain and that she hopes to see him smile and talk again, but doesn’t know what his future holds.

Jason was with a friend on their way to go fishing, when he became impatient and tried to cross the intersection at Woodside Avenue and Riverford Road in Lakeside, where he was struck.

His mother said she does not blame the driver, and can imagine the devastation the driver must feel.