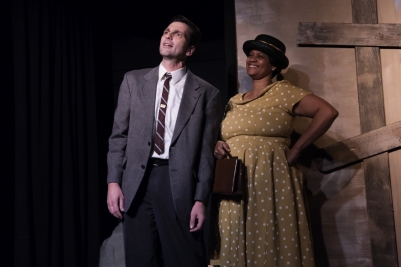 March 2, 2022 (La Mesa) - It's said you can't go home again because nothing will be the same. You have changed in your time away. In the 1940s, elderly Carrie Watts lived in Texas in a small apartment with a controlling daughter-in-law and her hen-pecked son. For 20 years, she kept trying to return to Bountiful, where she had spent the happiest years of her life. The only thing that keeps her going in her aged years is that she keeps trying to sneak out and go back home. She's always been caught, until now.

This is a slice of life play which shows Carrie's life a day before her escape, and then her trip home to Bountiful. It spans the kindness of the stranger she meets along the way to finally ending up where she wanted to be. For Carrie, although the place is run down and will soon be gone, just being able to visit is enough to sustain her through her final years. Sometimes you just need to visit your comfort zone, even briefly to help you get through the tough times. 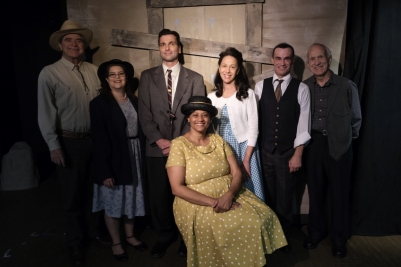 The Trip to Bountiful is a drama written by Horton Foote and directed by George Bailey. Bailey also plays a ticket seller at the train station. As always, Portia Gregory is a true delight as a wonderful side character. Onstage the entire show, she does a masterful job portraying what life as a senior is like. Portia is the show. Pete Zanko plays her devoted son, offering up his talents as best as the role presents. Brooklynn Hoffman plays the dislikable daughter-in-law. Janet Taylor plays the lovely stranger Carrie meets along the way. The cast rounds out with Thomas Kilroy and Raymond Lynch. The actors’ portrayals bring wonderful characters to life--perfectly cast. 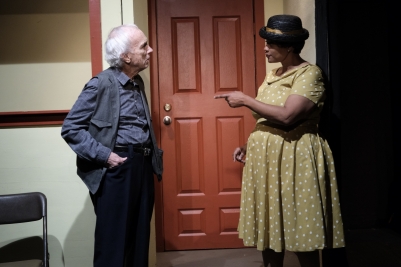 The set starts as the two-room apartment where both Carrie and her daughter-in-law are stuck together day after day.You feel for both of them. Then the stage is swung around several times to showcase other places in the play in a great job of staging the different venues.

This play is for theatre goers who love seeing what life might have been like in another era, in another place, and are fascinated by people.

COVID-19 precautions are still in place, with masks required in the theatre.

The Trip to Bountiful 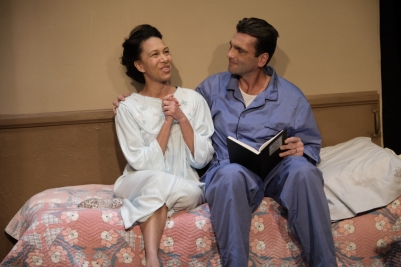 A Farce by Neil Simon