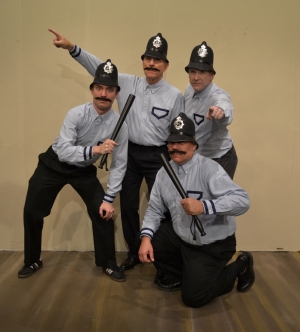 Step back into yesteryear in this saga of the silent film era "when movies were movies." Mack and Mabel deals with the complex relationship between legendary film director Mack Sennett, a temperamental, workaholic and the adorable Mabel Normand, a waitress who became one of his biggest stars.

Told in flashback style, by Mack himself as narrator, a broken man, made obsolete by talkies, bankrupt and forced to sell his studio. He reminisces about the past, recalling his triumphs, his love affair with Mabel and her rise to stardom.

“Mack and Mabel” was written by Michael Stewart and Leonard Spigelgass with Music and Lyrics by Tony Award Winner Jerry Herman. This show is produced by Mark Loveless and is directed Kirsten Giard and George Bailey.

Performances of “Mack and Mabel ” will run weekends March 11 through April 10 at the Lamplighters Community Theatre located in the Village Station Center - 5915 Severin Drive, La Mesa, Ca. Show times Friday and Saturdays at 8pm Sundays at 2pm and there is plenty of free parking.  Advanced tickets are on sale for $23, $20 for seniors/students/military and can be purchased at our website:  www.boxoffice@lamplightersLaMesa.com or call at (619) 303-5092. 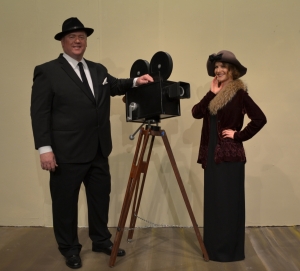 Serving the La Mesa and surrounding communities, Lamplighters Community Theatre is a qualified 501(c) (3) non-profit organization and produces six season productions a year Lamplighters Founded in June of 1937 as The La Mesa Little Theatre and incorporated as The Lamplighters Community Theatre on November 1, 1976, the theatre has had continuous productions in La Mesa for 78 years. Between the regular season productions, we also support special events, one-act shows, and our theater space is available for rent.