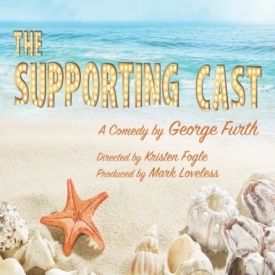 July 27, 2015 (San Diego’s East County) - Lamplighters Community Theatre continues its 78th season with “The Supporting Cast,” a comedy to be staged August 14 through September 13, when Ellen, the wife of a successful author, writes a sizzling novel her friends are thrilled — until she invites them to her Malibu beach house and reveals that they are the characters! 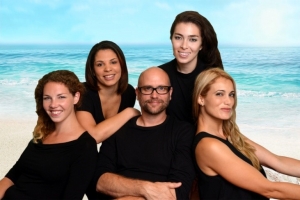 Written by George Furth, the Tony Award-winning author of Company, this lighthearted comedy is the theatrical equivalent of a fun and frothy beach read. Sparks fly when Ellen's friends see their warts-and-all depictions in this tell-all book, but will they change their tune when they learn the book is being made into a movie?

"Written with the expertise of a humorist who knows the transcontinental scene from New York delicatessens to Malibu beach houses." - Christian Science Monitor

The Supporting Cast is directed by Kristen Fogle, and produced by Mark Loveless. Fogle most recently performed the lead role in Goodbye Charlie at Lamplighters and directed the hit comedy Murder at the Howard Johnson’s last season.

Group rates are available for 10 or more

The Supporting Cast is the second of six shows this season. Season tickets are available and can also be purchased on our website or by contacting the Box Office.

Lamplighters  Community  Theatre  is located in the La Mesa  Village  Station  Center  at the corner of Severin  Drive and Amaya Drive. There is plenty of free  parking  in the shopping center lot.

The Supporting Cast   is  presented by  special arrangement with  Samuel   French,  Inc.  and  is appropriate for all ages.