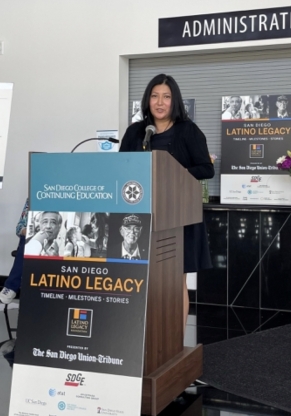 June 19, 2022 (San Diego) –  Social justice movements have swept America again and again.  When the times call for change, leaders have risen like Cesar Chavez, who led the struggle for farm workers rights in this country.  Recognizing him and other leaders in the Chicano movement was the purpose of a celebratory event on the Community District Campus in Barrio Logan.

Thursday, near a parkway named after the civil rights activist, on a campus area also named after Chavez, his granddaughter, Cynthia Chávez Ybarra, spoke at an event sponsored by the Latino Legacy honoring those who had front row seats in the 1960s Chicano Civil Rights and Social Movement. She spoke of how her entire family worked to create and support the farmworkers movement and the legacy of the effort.

That activism began not just with her grandfather, but her grandmother too, Helen Chavez. Her grandmother was “the true pillar” of the Chavez family, Ybarra said with some emotion. “Without Helen there is no Cesar, there is no farmworkers movement.”  She surprised the attendees when adding that her cousin, Julia Chavez Rodriguez, was just named White House senior advisor, making her one of the most senior aides and the first Latina to hold a top West Wing staffing role.

Joining Ybarra in the salute to the Chicano community were other speakers –  “extraordinary people,”  says Maria Velasquez, the founder of the San Diego Latino Legacy Foundation. They show ''why our stories need to be told, we can’t forget the struggle and achievements of this community,” which was the impetus for founding the foundation,Velasquez said.

Josie Talamantez recalled growing up in what later became known as Barrio Logan and how close knit the community was. “Everyone talked to each other, not like a lot of other communities,” she said. This continued even while the community itself was segregated from the rest of San Diego, She recalled that when Interstate 5 was built, it split the tight knit neighborhood with concrete and guardrails but “our community leaders and business owners began advocating for a park to maintain some semblance of community,” she said. Later a decision was made to build a California Highway patrol station on the site of the proposed park, what would become Chicano Park. even after the community was promised it would be built, disregarding pleas of the people who lived there. 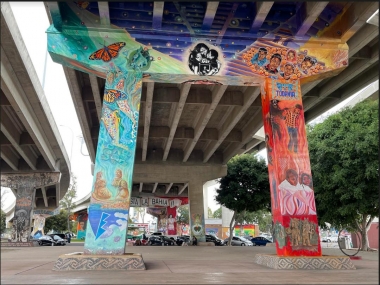 Photo courtesy of the Legacy Project

Enough was enough, said Talamantez, adding, “The community had enough lies and disrespect and took to the streets,” San Diego City College students and returning Vietnam War veterans “stopped the construction and began creating our own park. I am here to tell you, the struggle continues” and that “today we fight to retain our  historical knowledge by collecting and documenting our history.”

One of those Vietnam veterans was David Valladolid, a St. Augustine High School grad in 1966, who spoke of those times, saying “Our generation experienced incredible racism.”  He recalled his high school counselor telling him that he should not plan on going to college, instead suggesting he work with his hands. Valladolid believes that was probably why he was not offered the chance to take college prep classes. With no college, there was no deferment, so Valladolid was drafted and sent to infantry and special weapons training and then shipped to Vietnam, which he recalled“was an insanity.”

When he returned home, he went to college and became more involved in civic and political activities.  The war had changed him, as it had many others. He went to Los Angeles with his two brothers to be part of the first Chicano protest against the war. There were 20,000 people there, along with a large contingent of police and the military. Things got ugly he recalled. Cops were beating protestors, guns were fired. It was “a terrifying experience,” he said, even for a Vietnam Veteran.  Three people would die, including Los Angeles Times reporter Rueben Salazar. It didn’t deter Valladolid. Five months later he was at Chicano Park, part of the protests to stop the building of the CHP substation. That was in April of 1970.

William Virchis shared his story of a dream that became a reality.  He created San Diego’s only Latino theater group.   He was inspired by Luis Miguel Valdez,  the American playwright, screenwriter, film director and actor. Says Vichis, “Valdez and his brother inspired him to create Latino theater” which in Spanish is teatro.  “It changed my life. The teatro now was not about doing Shakespeare, it was not about doing western theater, it was about the place, la tierra firma that you are standing now.” 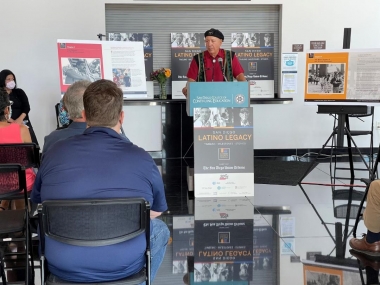 He recalls moving to San Diego from Mexico City in 1951, when he was eleven he fell in love with the theater after seeing “Midsummer Night’s Dream” at the Old Globe, but recalls, “Accepting a college wrestling scholarship in New York almost got in the way." 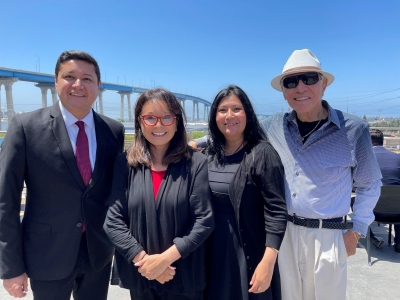 Created in 1991, his Teatro Mascara Magica (Magic Mask)was named because of Latino traditions revolving around magic and rituals, which are also central to Asian-American and African-American cultures; also components of the theater. Virchis hopes that “mainstream playhouses will look at how they can incorporate more of our stories in their productions.”He closes by saying “Our voice has to be loud and clear and for me the teatro is the heart of everything.”

Talking after the event, Velasquez says the Legacy events allow those who were involved to tell their history to the community.  “Today we heard from those who made history or continue to make history or from their descents who are keeping the legacy alive”. 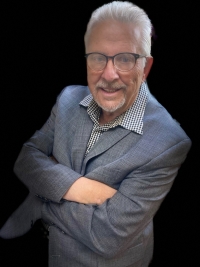