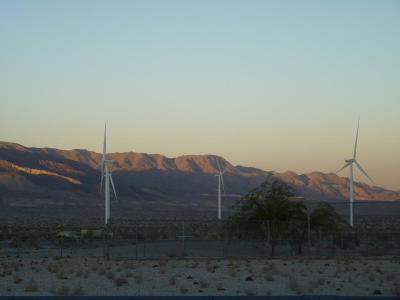 April 23, 2014 (San Diego’s East County) – A lawsuit filed against San Diego Supervisors asks the court to set aside the County’s new wind energy ordinance and an amendment to Boulevard’s community plan.  The case will be heard on Friday, April 25 at 1:30 p.m. in Superior Court, Department C-72, with Judge Timothy Taylor presiding. The courthouse is located at 220 West Broadway, San Diego.

The suit was filed by two community groups-- the Protect Our Communities Foundation, Backcountry Against Dumps-- and  by Donna Tisdale, chair of the Boulevard Planning Group. Plaintiffs seek to half industrial wind development in their backcountry community. They contend that such projects pose serious impacts to wildlife, water resources, human health and safety that the Board ignored.

The lawsuit contends that the Board violated requirements of the California Environmental Quality Act, failed to perform adequate environmental review, failed to analyze reasonable alternatives, and did not provide an adequate statement of overriding considerations supported by substantial evidence. 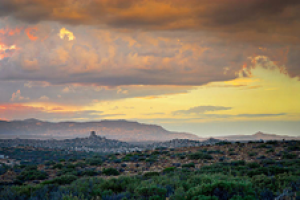 Plaintiffs contend that the board failed to address the likelihood of blade throw, turbine collapse and other dangerous mechanical failures, ignoring evidence presented by Protect Our Communities members to Supervisors.

They further contend that distributed energy generation, such as rooftop solar, is a viable option that should be evaluated instead of forcing needless destruction on rural and wilderness areas.

Supervisor Dianne Jacob, who represents East County, voted against the controversial measures, but the majority of Supervisors who represent other districts voted in favor of industrial-scale wind projects in scenic and rural areas of East County.  The first industrial wind project approved by Supervisors, Tule Wind, would encompass county lands as well as  tribal, state, and federal public recreation lands in McCain Valley, a popular destination for hikers and campers.

Thanks, Tom. We mustn't forget Teddy Roosevelt who, with Muir, did more to protect and foster reverence for the American wilderness than any politician before or since. His tribute to the land was paid, not in arid legal jargon or dry statistics, but in eloquent prose, language that suited the majesty of the land he fought to preserve. "There are no words that can tell the hidden spirit of the wilderness that can reveal its mystery, its melancholy, and its charm. There is delight in the hardy life of the open, in long rides, rifle in hand, in the thrill of the fight with dangerous game. Apart from this, yet mingled with it, is the strong attraction of the silent places, of the large tropic moons, and the splendor of the new stars; where the wanderer sees the awful glory of sunrise and sunset in the wide waste spaces of the earth, unworn of man, and changed only by the slow change of the ages through time everlasting." --TDR
You're right Craig. John Muir is credited with saving... John Muir (/mjʊər/; April 21, 1838 – December 24, 1914[1]) was a Scottish-American naturalist, author, and early advocate of preservation of wilderness in the United States. His letters, essays, and books telling of his adventures in nature, especially in the Sierra Nevada mountains of California, have been read by millions. His activism helped to preserve the Yosemite Valley, Sequoia National Park and other wilderness areas. The Sierra Club, which he founded, is now one of the most important conservation organizations in the United States. One of the best-known hiking trails in the U.S., the 211-mile (340 km) John Muir Trail, was named in his honor.[2] Other such places include Muir Woods National Monument, Muir Beach, John Muir College, Mount Muir, Camp Muir and Muir Glacier. From Wikipedia. McCain Valley and Ocotillo and the surrounding areas are our Yosemite and our Sequoia, precious land rich in local history and valued not just for the views, but the feeling, the peace of mind you feel.
I don't think public comment is allowed at this court hearing.
Too bad. Also too bad is the fact that most of the arguments in defense of nature are now of a legal, medical or quasi-utilitarian nature. That wasn't the criterion used by the great conservationists of the 19th and 20th centuries. Most of their appeals were explicitly aesthetic. Why save the wilderness? For them, the question made no more sense than asking why we should save the ceiling of the Sistine Chapel.
Will public comments be allowed? If so they must be based on the the County’s new wind energy ordinance and an amendment to Boulevard’s community plan. No whining about the views or one's love of McCain will matter in court, just the ability to establish the Board failed in their decision for the reasons reported here.
My husband and I love to visit McCain Valley because of its appealing natural resources. Putting in man-made features, like towering wind turbines and their infrastructure, is not only incompatible with the essence of why people like us use this remote scenic area, but will destroy its natural resources to boot! After all, do you know of anyone who seeks out nature at a wind farm? Additionally, the BLM is currently under fire for mismanaging Federal lands that they are entrusted to take care of by the public. McCain Valley is one of those special places and deserves better than this!