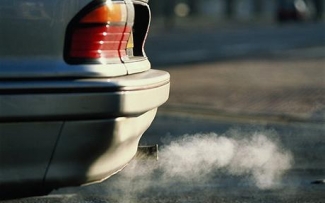 East County News Service
Photo cc via Bing
September 9, 2020 (San Diego) -- Cleveland National Forest Foundation (“CNFF”) and Coastal Environmental Rights Foundation (“CERF”) filed a lawsuit in San Diego Superior Court on September 4, 2020 challenging San Diego County’s plan for addressing the climate and environmental impacts of vehicle travel as required by Senate Bill 743 (“SB 743”).
Instead of adopting a plan to reduce vehicle trips caused by new development, the County chose to exempt the vast majority of potential new developments under the County’s General Plan from even examining, much less addressing, driving-related impacts, the suit contends.
“San Diego County keeps doubling down on sprawling, car-centered development and thumbing its nose at the law. We need a paradigm shift that unites alternative transportation and affordable housing, not the same-old-same-old backcountry sprawl, ecological destruction, and endless, dangerous commutes,” said Duncan McFetridge, Director of CNFF.
“Once again, county leadership has failed to follow data-driven laws designed to protect our region on climate. Responsible developers can, have, and will adapt to standards that will protect our shared future,” said Sara Kent, Programs Director at CERF. “We don’t need shortsighted politicians to keep outdated and polluting planning policies in place. We need them to follow the law and give us urban-centered alternatives to meet the affordable housing crisis.”
The Legislature enacted Senate Bill 743 in 2013 in order to change the way the transportation impacts of development are addressed under the California Environmental Quality Act (“CEQA”). After SB 743, rather than focusing on measures of traffic congestion and delay, agencies must address vehicle miles traveled (“VMT”) or other measures that more accurately reveal and more effectively reduce the climate, air quality, and other impacts of vehicle travel.
SB 743 supports California’s broader climate goals by ensuring that analysis and mitigation of environmental impacts under CEQA will aid in reducing greenhouse gas emissions from the transportation sector, the state’s largest source of climate pollution. Indeed, the California Air Resources Board has found that without significant reductions in VMT at the local planning level, achieving California’s climate goals will be impossible.
The lawsuit challenges San Diego County’s SB 743 plan as directly counter to the state legislation it purports to implement. Rather than require analysis of future projects’ contribution to VMT in accordance with SB 743, the County’s plan will exempt the vast majority of General Plan developments from any requirement to reduce VMT, and will facilitate increased greenhouse gas emissions from future development projects without any disclosure, analysis, or mitigation.
The lawsuit follows on the heels of a recent Court of Appeal decision that vacated the County’s Climate Action Plan. In that case, the court zeroed in on the County’s strategy to allow massive sprawl developments to offset hundreds of thousands of tons of climate pollutants by buying carbon credits. But these offsets at best would address pollution primarily in other parts of the country or even the world, doing nothing to reduce greenhouse gas emissions and other pollution generated in San Diego County.
“The County keeps taking legal shortcuts, and it keeps losing in court,” said McFetridge. “We’re running out of precious time to start solving our housing and transportation problems in San Diego. We need to stop playing legal games that profit a few at the expense of the many.”
CNFF and CERF are represented in the litigation by Shute, Mihaly & Weinberger LLP and Coast Law Group LLP. A copy of the petition and complaint can be found here.