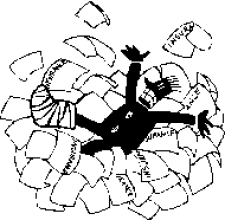 September 23, 2014 (San Diego’s East County)--A lawsuit has been filed in California, alleging that a huge backlog in processing Medicaid applications has caused suffering to low-income patients who are unable to get healthcare.

The backlog occurred after the expansion of Medi-Cal, California’s version of Medicaid, under federal healthcare reforms when over a million residents signed up for the Obamacare options. Many were previously uninsured and ineligible.

But as of May, the suit contends, over 900,000 of those applications—nearly a million—had still not been reviewed, leaving applicants in limbo. The backlog dropped by nearly two-thirds, to 350,000, after the Centers for Medicare and Medicaid Services sent a letter to California and five other states that had dragged their feet on getting applicants approved. The letter told them to come up with a plan to trim the backlog.

But the suit, filed by health access advocates, argues that even this backlog violates state law, which requires that all Medi-Cal applicants be informed of their eligibility status within 45 days after applying. Some Californians have been waiting over eight months, the suit charges.

This situation happened to one of East County Magazine’s own writers, who was left without Medi-Cal coverage for months even after undergoing open heart surgery while his application was pending. Adding to the stress of his post-surgical recovery, he had to contend with notices of unpaid bills from the hospital and doctors – bills that Medi-Cal should have covered and eventually did, but only months later.

But some patients have avoided seeking treatment, waiting for their coverage to kick in. The lawsuit cites the tragic case of Robert Rivera, who was sent a notice that his Medi-Cal application had been approved in California, six months after he applied.  Unfortunately, the approval arrived two months after Mr. Rivera had died of a pulmonary embolism while still uninsured.  He also suffered from heart problems and gallstones.

The suit states,  “By definition, Medi-Cal applicants are among California’s poorest residents and have no alternate means to pay for treatment for urgent, critical health care needs. Many of the applicants in this Medi-Cal backlog are sick or have serious chronic health conditions and urgently need medical care or prescription medications.”

The suit also suggests that the state has failed to notify applicants that they have a right to be granted Medi-Cal early in certain circumstances and seek care even before their insurance card arrives in the mail.

Attorney Lucy Quacinella, in a statement issued to media, says the 350,000 people left in limbo  need help. “These are real people, and they are suffering,” she declares.  “The state has decided it’s OK to leave them in limbo, allowing their health to deteriorate as they wait desperately for word about their Medi-Cal applications. It’s not OK—it’s illegal.”