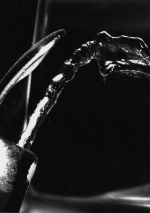 MWD has contended that water fluoridation is safe and provides an effective means of preventing dental disease in consumers. The suit challenges that contention and alleges that MWD is “delivering a hydrofluosilicic acid drug through MWD’s water system that has never been approved for safety and effectiveness, nor in the expected dosages delivered by MWD through retail water districts, either topically, systemically through ingestion, or trans-dermal exposures through baths and showers.”

In legal action which may impact the decision-making of water districts across the country employing the same practices, the lawsuit filed on August 9 in U.S. District Court, Southern District of California, addresses the Constitutional right of plaintiffs to be free of bodily intrusion from a drug that has not been approved for MWD's intent to alter the physical structure and bodily functions to make a person's teeth more resistant to the demineralization process of tooth decay without their consent.

While some consumers may elect to purchase bottled water for drinking, virtually all consumers are captive to exposures from baths and showers, as simple filtration and most non-commercial methods do not remove the product, resulting in exposures to consumers similar to that of medications delivered by seasickness or nicotine patches.

"This case does not challenge the public policy of fluoridation," states Kyle Nordrehaug, attorney for the Plaintiffs. "It does challenge MWD's bait and switch tactics of orchestrating statements by them and their down-line distributors of water to individual consumers when MWD knew that the actual drug product that they deliver had never had a toxicological study performed on the health and behavioral effects of its continued use until 2010, much less approval for MWD's perpetuation of absolute health claims."

Plaintiffs claim that despite early misrepresentations in the media, MWD of SoCal is not compelled to fluoridate its water by the State of California, and the costs of adding the unapproved drug are being borne by consumers in the form of rate hikes without water districts providing ratepayers clear notice of what the extra costs are for, or obtaining their consent.

The lawsuit's filing clarifies that Congress has established that the U.S. Food and Drug Administration is the only government entity with the authority to approve claims of safety and effectiveness for products intended to treat and prevent disease. Not only has the U.S. Environmental Protection Agency never had that authority, but in 1988 the Agency abandoned authority for safety standards for all direct water additives, including fluoridation chemicals.

Plaintiffs do not seek an award for any physical harm, but point to evidence that by law and for consumers' protection requires that the product be thoroughly evaluated, and approval given, for any claims and MWD's intended health impact, before exposing consumers without their consent.

Plaintiffs claim that MWD misrepresented and omitted notice of contraindications, government recognition of susceptible populations, and scientific evidence of disproportionate harm to children, Latinos, and African Americans, from the particular harmful side effects from the hydrofluosilicic acid drug selected by MWD above other forms of fluoride.

"This lawsuit pushes past the rhetoric and reliance on unaccountable endorsements or opinions that usually accompany this subject, and focuses on whether MWD of SoCal adds hydrofluosilicic acid to public drinking water in order to treat or prevent dental disease, and whether FDA regulates products intended to treat disease, or not," said Jeff Green, National Director of Citizens for Safe Drinking Water and spokesperson for the plaintiffs.

"In essence," continued Green, "the plaintiffs are saying, 'Don't tell us, or the media, or the court how safe it is. Go tell it to the FDA through the evaluation process and get approval for the claims for the specific product you deliver, and don't administer it to us topically, systemically through our ingestion, or through our skin from our baths and showers, without our consent until you do.'"