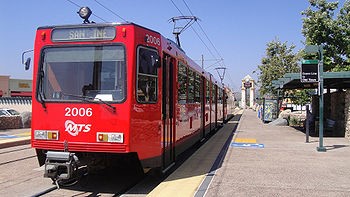 September 7, 2016 (San Diego) – Opponents of Measure A, the countywide transportation initiative, have filed a lawsuit in San Diego Superior Court challenging the accuracy of ballot statements filed by Measure A supporters.

Ricardo Ochoa, legal counsel to the Quality of Life Coalition that filed the suit, states, "The simple truth is Measure A is deceptive and does more harm than good to San Diego County communities."

Specifically, the lawsuit claims that statements related to water quality and transit fare reduction are misleading. The pro-A ballot statement promises to improve water quality by treating polluted runoff and reduce transit fares for seniors, students, the disabled and veterans, when in fact, Measure A includes no dedicated funding to either of those causes, the suit contends.

Gretchen Newsom, petitioner in the lawsuit, accuses Measure A backers of “lying to voters.”

Supporters of Measure A contend it would raise $18 billion over the next several decades to pay for freeway improvements, surface street repairs and mass transit projects including a new South Bay trolley line. The measure is supported by SANDAG, Circulate San Diego, and the San Diego Chamber of Commerce.

I do not believe Mayor Faulconer supports Measure A. Former Mayor Sanders does, he heads the SD Chamber of Commerce. Most environmental groups, environmental justice groups, labor unions and others who have been following SANDAG's work oppose the Measure. What is not mentioned is that if we do need more funding for transportation systems, there are many alternatives to a regressive sale tax. They are more user based and can keep the funding towards a specific project. People who walk and bike should not have to pay for freeway system they do not use very much.

We've corrected the story to note that Mayor Faulconer opposes the measure; the former mayor and Chamber do support it.

Environmental groups are split,  some for, others against.

...lying to me? Tell me it's not so. Lets build more "mass" transit no one uses. what a great idea.