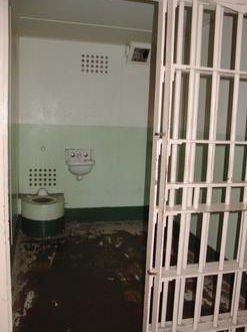 February 28, 2016 (San Francisco) -- The American Civil Liberties Union filed a lawsuit with the state Supreme Court in San Francisco Monday with far-reaching consequences for the 255 people sentenced to die in prison for crimes committed as juveniles.

The suit seeks a re-sentencing hearing for Leif Taylor, who has served 23 years for fatally shooting a man in a robbery when Taylor was 16.

The case also asks the panel to direct the lower courts to appoint an attorney for people with similar cases.

Michael Risher, senior staff attorney on the case for the ACLU of Northern California, would like to see young defendants get a chance at 25-to-life, instead of life without parole.

"If someone presents a petition that says, 'I was sentenced to life without the possibility of parole, for a crime committed when I was a juvenile,' the court should appoint counsel to take a close look at that, and argue that the person is entitled to re-sentencing," says Risher.

The U.S. Supreme Court recently made retroactive a 2012 ruling that banned mandatory life sentences without parole for juveniles - meaning the people can now apply to be re-sentenced or granted parole.

But Risher says most of the petitioners aren't capable of making their own case, and need a court-appointed attorney.

"They are, in many cases, dismissing these petitions without appointing counsel, and doing that improperly," he says.

According to a Human Rights Watch report, California has the highest number of people serving life-without-parole sentences for crimes committed as children.

The same report says African Americans are sentenced to life without parole at a rate 18 times higher and Latinos at a rate five-times higher than whites.