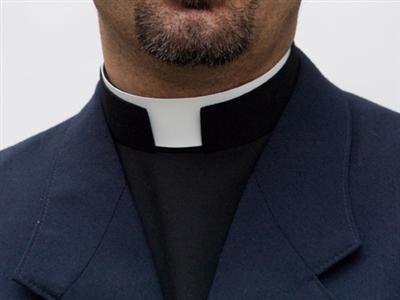 By Miriam Raftery
January 6, 2019 (San Diego’s East County) – Multiple lawsuits filed against the Catholic Diocese of San Diego and many local parishes allege past childhood sexual abuse by several local priests, including at least three who served in East County.
The litigation was filed on behalf of alleged victims previously unable to sue due to the statue of limitations, but a new law, AB 218, allows victims of child sexual abuse to file a suit up to age 40; the previous limit was age 26. Victims have three years from January 1st of this year to take legal action.
The alleged abuse occurred in the 1960s and 1970s.  All of the accused priests have since died.  According to Irwin Zalkin, attorney for the plaintiffs, the diocese routinely moved priests accused of abuse, often to desert communities where “they thought that the people there – mostly Hispanic – would not speak up.”
Zalkin has filed a half dozen suits so far, but says he plans to file as many as 60 more, the Ramona Sentinel reports.
Priests who served in East County and are now posthumously accused of sexual abuse include Gregory Sheridan, who served in Ramona and other parishes, Anthony Rorigue, who served in Lakeside, Poway, and several other locations around San Diego County, and Joseph Rossell, whose service included El Cajon.
The diocese has offered settlements to plaintiffs of around $200,000 each from a victims’ compensation fund set up last year, but Zalkin has rejected the amounts as “an insult.”
Diocese Vice Chancellor Kevin Eckery released a statement denouncing actions of abusive priests as “evil” and urging victims to contact the church for counseling and compensation, which he indicated is available regardless of whether or not they pursue legal action. Eckery says the church has a “moral obligation to provide assistance to any victim-survivor of that abuse.”
The Chancellor added that the church has implemented reforms that have resulted in no new abuse reports in nearly 20 years in the San Diego Catholic Diocese. Those reforms include mandatory Safe Environment training for clergy and all church workers, annual age-appropriate safety training for students in Catholic schools and religious education, enhanced criminal background checks, increased awareness and vigilance.