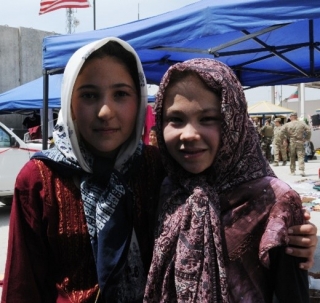 August 24, 2021 (San Diego) – Lawyers Club of San Diego is calling on Congress to provide immediate support for Afghan women and others who have worked to advance democracy and human rights and who are in grave danger as the United States withdraws its military operations from Afghanistan and the Taliban takes control.

Lawyers Club, whose mission is to advance the status of women in the law and society, sent letters to numerous members of Congress this week, calling on representatives to ensure the urgent evacuation of Afghans most at risk, grant humanitarian parole to any Afghans in danger, and expand and expedite the priority processing of refugees from the region.

“We are concerned that the available pathways to safety for Afghans who were not directly involved with U.S. armed forces are extremely limited in scope and number,” Lawyers Club president Maggie Schroedter said. “Afghan women’s rights advocates and women attorneys, judges, journalists, and other women professionals have always been at great risk of harm due to their work on the front lines of advancing women’s rights. Now, as Afghanistan is collapsing to Taliban control, these women are in imminent and grave danger of being killed, tortured, imprisoned, and persecuted by the Taliban, yet most do not qualify for any existing U.S. visa or protection.”

“These actions are necessary to ensure that Afghan women – who, under the previous Taliban rule, were not permitted to appear in public without a male chaperone and were largely banned from employment and education – do not suffer for their work advancing women’s rights and democracy,” Schroedter said. “We cannot turn our backs on these brave women.”

Lawyers Club, founded in 1972 with the mission “to advance the status of women in the law and society,” has more than 1,000 members comprised of female and male attorneys, judges, elected officials, business owners, law students and others in the San Diego community and beyond, who share Lawyers Club’s mission and goals. For more information about Lawyers Club, visit www.lawyersclubsandiego.com.