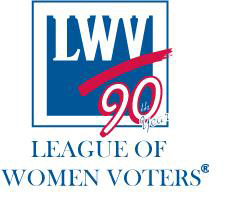 September 16, 2010 (San Diego) – Voters across the county are gearing up to face local, statewide and Congressional elections Nov. 2nd. Many issues relevant to San Diego County will be on the ballot, including Proposition 27, which, if passed, would eliminate the bipartisan citizens commission in charge of drawing state district lines.

The League of Women Voters of San Diego will hold a luncheon Thursday, Sept. 23 from 11:30 a.m. to 1:30 p.m. to discuss Proposition 27 and its potential impacts on state government and those who vote for state government positions.  The proposition would eliminate the current bipartisan California Citizens Redistricting Commission created by Proposition 11 in 2008 and enacted this year. The event, called “Redistricting: The Good, The Bad, and The Ugly” will be held at Tom Ham’s Lighthouse at 2150 Harbor Island Drive. The cost is $22 for members and $27 for non-members. Parking is free. Visit www.lwvsandiego.org to register.

The event will be co-sponsored by California Common Cause, Foundation for Change and Empower San Diego. The League of Women Voters of San Diego is a branch of the national nonprofit, nonpartisan League of Women Voters, which encourages citizens with all political viewpoints to understand the importance of becoming involved.

Vote NO on Proposition 27!

This is great that we have a group that women can get together and learn about the importance of voting. I just learned that LWV exists and wanted to say that I'm grateful it does.