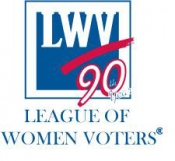 May 25, 2010 (San Diego) -- The nonpartisan League of Women Voters of San Diego County has issued recommendations on several propositions on the June 8th statewide primary election ballot.  They include Prop 15 (Fair Elections), Prop 16 (2/3 requirement for local public utility providers), Prop B (term limits for Supervisors), and Prop D (strong mayor form of government). Positions and rationales are as follows:


PROP 15 California Fair Elections Act:  SUPPORT
Huge amounts of money are raised in California politics, giving special interests unfair influence and access while shutting out the rest of us. In taking an important step toward getting politicians out of the fundraising game, Proposition 15 is a pilot project to make voluntary public financing available to Secretary of State candidates in 2014 and 2018. Only candidates showing broad support and agreeing to strict reporting and spending limits would receive funding. Violators would face fines, possible jail time, and prohibitions from running for future offices. Funding would come primarily from fees on lobbyists, lobbying firms and lobbyist employers, with no taxpayer dollars. Prop 15 allows elected officials to focus on the public’s interest, instead of giving political favors to their campaign donors.

Proposition 16 would amend the state Constitution to require a city or special district that provides electricity to obtain the approval of two-thirds of the voters before expanding its service territory or providing new service to its customers if public funds are involved. Two-thirds approval by the voters would also be required for a local government to buy power at wholesale prices to sell to residents through a Community Choice Aggregation program. The LWV of California opposes this supermajority vote requirement that would allow a minority to prevent decisions on electric supply favored by the majority to be served. PG&E, the largest for-profit utility in the state, is the sole sponsor of Prop 16 and would benefit from this measure’s stifling of competition. The impact would be fewer choices and, thus, higher rates for customers as well as fewer opportunities for local agencies to offer renewable green power.


PROP B Term Limits for the County Board of Supervisors:  OPPOSE

Proposition B would amend the San Diego County Charter to add a new section, 401.5, entitled "Term Limits," which would require that no person may serve more than two terms as a Supervisor, thereby limiting elected Supervisors to a maximum total of eight years on the County Board of Supervisors. Both the League of Women Voters-USA and the LWV-CA adopted a position in opposition to term limits, because limits would adversely affect accountability, representativeness, and performance.

Proposition D would revise the City Charter to make permanent the Strong Mayor form of governance, add a ninth Council seat, and increase the City Council votes required to override a Mayoral veto to a two-thirds vote. The LWV of San Diego opposes making the “strong mayor” permanent because accountability, citizen responsiveness, efficiency, checks and balances, and openness have deteriorated during the 5-year “strong mayor” trial period. The League opposes creating a 9th Council District because it could cost millions of dollars at a time when massive cuts in City services have occurred. The League opposes the two-thirds super-majority requirement to override a Mayoral veto because this diminishes the voice of voters and communities and further weakens the City Council’s ability to respond to neighborhood needs and concerns.

(The League takes no stand on the other propositions because League positions do not address these measures.)

If you are a iPad 3G user, this iPad 3G Converter can help you to convert videos with various video formats to iPad 3G and share it everywhere as you like. It can not only convert videos to the newly developed iPad 3G, but can also convert videos to other mainstream portable devices, including iPad, iPod, iPod Nano, iPod Classic, psp, ps3, etc.If you are a mac user, here we also recommend this iPad 3G Converter for Mac to you which is specially designed for mac users. Here we also suggest you a worthy software pack which called iPad Converter Suite which consists of three software and just cost you 35 dallors, hurry up!