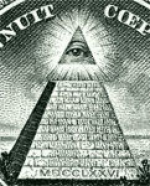 "I am a most unhappy man. I have unwittingly ruined my country. A great industrial nation is controlled by its system of credit. Our system of credit is concentrated. The growth of the nation, therefore, and all our activities are in the hands of a few men. We have come to be one of the worst ruled, one of the most completely controlled and dominated Governments in the civilized world no longer a Government by free opinion, no longer a Government by conviction and the vote of the majority, but a Government by the opinion and duress of a small group of dominant men." -Woodrow Wilson, after signing the Federal Reserve into existence (1)…

July 30, 2011 (San Diego)--This quote, though replete on the Internet and many other sources, is argued not to be an actual quote by Woodrow Wilson. Whether or not the President uttered this quote or it is a conspiracy theory, the words ring of truth. Less than 5% of America’s population is in control of more than 90% of the wealth. Poverty levels are increasing and the middle class is disappearing. American families are weighed down by the shackles of debt.

“I have never seen more Senators express discontent with their jobs….I think the major cause is that, deep down in our hearts, we have been accomplices in doing something terrible and unforgivable to our wonderful country. Deep down in our heart, we know that we have given our children a legacy of bankruptcy. We have defrauded our country to get ourselves elected. ” - John Danforth (R-Mo) (Ibin)

Schools are closing and college graduates cannot get jobs. Highly educated people are performing manual labor jobs and happy to get them. Families are losing their homes in unprecedented rates. Banks and other major corporations are bailed out with tax payer money while police and fire services are cut back; citizens’ safety is being critically set back.

“From now on, depressions will be scientifically created.” -- Congressman Charles A. Lindbergh Sr. , 1913 (Ibin)

Prices skyrocket, salaries stagnate, jobs are sent overseas and replaced by robots while one thing remains true consistently; the rich get richer. Citizens in developing countries are victimized by the modern day versions of slave plantations. Some are driven off of their lands. They come to America where they are reviled as illegal immigrants while they work for slave wages landscaping homes and working in kitchens.

America’s education system is falling behind other nations while the infrastructure crumbles. Young people are sleeping on the couch as they return home to their parents; some have never left home to begin with…further, older people are returning to the homes of their parents too. Few opportunities exist for young people other than the opportunity to join the military by the millions and fight for the interests of bankers worldwide.

“Whoever controls the volume of money in any country is absolute master of all industry and commerce.”- James A. Garfield, President of the United States (Ibin)

Herman is an electrician who cannot find work so he works at a Seven Eleven as a cashier after his job at Walmart where he stocks. Susan is a military retiree who is 100% disabled; she does not know if she is getting her retirement and disability check in August 2011 because of the political posturing in Washington. There is so much uncertainty in this country with so much promise. There is too much poverty and inequality in our society for it to stand. Sadly, most Americans do not understand the banking system or their power to stop the banks from victimizing them anymore.

“Most Americans have no real understanding of the operation of the international money lenders. The accounts of the Federal Reserve System have never been audited. It operates outside the control of Congress and manipulates the credit of the United States.” – Sen. Barry Goldwater (Rep. AZ) (Ibin)

The bankers who planned this gigantic Ponzi Scheme (Central Banking System) were so confident that they bragged: “The few who understand the system, will either be so interested from its profits or so dependent on its favors, that there will be no opposition from that class.”- Rothschild Brothers of London, 1863 (Ibin)

Ponzi Scheme Defined: A fraudulent investment scheme which pays out returns to investors using their own money or new investor money rather than from actual profit earned on an investment. Returns offered are unusually higher than an average comparable investment, and for the Ponzi Scheme to work, needs an ever increasing cash-flow of deposited money from new investors to keep the Ponzi Scheme perpetuating. (2)

The quotes by President Wilson, Congressman McFadden and Congressman Lindbergh may appear to be true to some. Our current economic crisis is another indication that this system does not work for most people, thus, it is unethical. Conversations with Herman and Susan will reveal that this system does not work for them or millions of other Americans who want to simply earn a living and take care of their families. For far too many families even both parents working is not enough. This is all due to the greed of a few powerful people.

The Federal Reserve must be disbanded, if America is ever to be out of debt. The American government must produce its own money and not continue to feed the giant Ponzi Scheme of the Central Banking system.

“Some people think the Federal Reserve Banks are the United States government’s institutions. They are not government institutions. They are private credit monopolies which prey upon the people of the United States for the benefit of themselves and their foreign swindlers”– Congressional Record 12595-12603 – Louis T. McFadden, Chairman of the Committee on Banking and Currency June 10, 1932(1)

Congressman McFadden was poisoned at a banquet after making this statement. Congressman Lindbergh suffered the kidnapping of his son. The American people have the power to stop this band of ruthless, greedy bankers who systematically victimize the America.

“This [Federal Reserve Act] establishes the most gigantic trust on Earth. When the President [Wilson} signs this bill, the invisible government of the monetary power will be legalized....the worst legislative crime of the ages is perpetrated by this banking and currency bill."- Charles A. Lindbergh, Sr., 1913(Ibin)

One thing for certain: What the ruling elite in this country want, they get. If they wanted all American families to get what they needed to live fulfilled and descent lives, they would.

Walter Davis is head of the San Diego Community Coalition, authors a syndicated newspaper column and assists nonprofit and community groups develop media campaigns, including public access television programming.The opinions expressed in this column reflect the views of its author and do not necessarily reflect the views of East County Magazine.