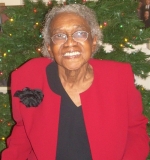 Editor’s note: This memoir, submitted this week, provides eyewitness insights into turbulent times in our nation's history as well as the strength of a remarkable woman and her son.

July 1, 2010 (Birmingham, Alabama)--In 1915 when Mrs. Davis was a little girl, she could not go into the front door of most restaurants and public places like bus terminals. When traveling her family was not allowed to use the public restrooms in gas stations along the way because of the pigment in their skin. Finding a hotel was a challenge and crooked police could stop, search, rape, and kill as they pleased.

Frequently, her neighbors were hung by mobs and their homes bombed or burned by angry crowds. There was no justice in the court system and only low income jobs were made available to people like her. The same conditions existed throughout the 1920’s and 1930’s. Her father, a decorated hero in World War II, found that the German prisoners he captured were allowed to enter the front door of the post exchange while he had to go to the back door. The indignities mounted and Mrs. Davis delivered a little inquisitive boy in the late 1950’s. 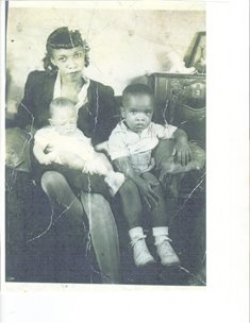 He wanted to know why they were treated different than others. She laughed as he used mature words like “inequity” and “injustice” as his small hands gripped big pencils. She took him to the protests in Kelly Ingraham Park to watch Ralph Abernathy, Jessie Jackson and Martin Luther King speak. When the police beat her 67 year old mother just because she was walking near a protest in the vicinity of the local grocery store, Mrs. Davis’ little boy was told “Don’t you EVER hate.” He thought this was foolish at the time. Later, the wisdom of these words would ring true to him though not ever easy to live up to. Their church was bombed in 1963 by the Ku Klux Klan during Sunday school class, killing four little girls. Many planners of these attacks later became Republican leaders.

Mrs. Davis’ little boy saw his father die in a hail of gunfire in 1968 and violent riots result in death and destruction on a grand scale. He watched the news intently even at his young age and became very interested in world affairs. He joined the Navy in 1975. Like many Southern mothers, Mrs. Davis was called Momma Dear by everyone in the family. Momma Dear encouraged her son to stay in the Navy through eleven deployments in six warships. Ironically she marveled during her first time at sea with him, “Honey when are you going to get out!?” as hurricane waters tossed his vessel about near his 20th year of service. Her strength guided him, nurtured him and helped him develop a strict sense of justice and an intrinsic ability to communicate effectively.

On 30 June 2010 Momma Dear lost her battle with the rigors of life and transitioned. With his heart broken and tears often streaming down his cheeks, her little boy, the author of this column, made his way to Alabama to see his mother for the last time. Her lasting legacy does not have a statue to commemorate her survival of years of injustice delivered at the hands of the ruling elite. Rather, her spirit lives on in her son, the writer, the TV producer and activist who uses his skills to stand for true freedom from the oppression of both conservative and liberal forces.

Walter Davis is a syndicated columnist and producer of five public access cable TV shows on COX Communications. His stories and shows focus on positive achievements of citizens in the community, highlighting leaders who are often overlooked by mainstream media. He has pioneered use of Internet TV in media applications including webcasting and web-conferencing, helping ordinary people get attention for their efforts and causes with his Citizens’ Internet TV Network.  He founded the San Diego County Community Coalition, a progressive group that stands for human rights and social justice http://www.meetup.com/sdcommunitycoalition.  Davis is based in San Marcos and operates studios in Carlsbad and El Cajon. http://www.WalterDavisEnterprises.com.