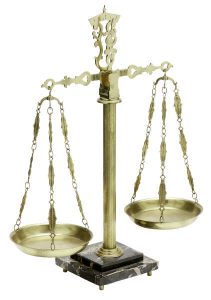 November 12, 2021 (San Diego) – A coalition of legal groups representing asylum seekers say that dozens of requests for urgent humanitarian parole have been ignored for weeks while others have been denied without adequate explanation.  The applicants include individuals and families with life-threatening medical conditions.

Some of the pending cases include:

People fleeing persecution and violence have the legal and human right to seek asylum in the United States. However, using policies such as Title 42 and the Remain in Mexico program, the federal government has effectively shut down the asylum process. The U.S. Supreme Court has upheld the Remain in Mexico policy implemented by the Trump administration and quashed efforts by the Biden administration to allow applications to await hearings in the U.S.

Monika Y. Langarica, immigrant rights’ staff attorney with the ACLU, said: “People with urgent humanitarian needs are entitled to seek relief provided by United States laws. These protections are especially important for people fleeing violence and persecution. At a minimum, CBP must give meaningful consideration to applications for humanitarian parole, which by definition are urgent, and are the only remaining path to safety in the United States through the southern border.”

Kate Clark, senior director of immigration services for JFS, explained: “Even the most experienced attorneys are unable to navigate the humanitarian parole request labyrinth due to yet another system designed to function as an additional wall foreclosing access to critical protection for asylum seekers. Unless and until these problems are ameliorated, we will continue to be faced with the humanitarian, legal, and moral consequences of a border that turns away the most vulnerable.”

Emem Maurus, managing attorney and legal coordinator for the TLC, said: “Today, hundreds of LGBTQI+ people seeking asylum wait indefinitely in Mexico due to policies, such as Title 42 and Remain in Mexico, that deny them access to our asylum system. These policies put LGBTQI+ people in danger. In Mexico, they suffer discrimination and violence because of their gender identity and/or sexual orientation” He adds, “Turning people away at the border through these cruel practices and policies leaves LGBTQI+ people seeking asylum languishing in extremely unsafe circumstances resulting in physical attacks, kidnappings, untreated medical issues, and, in some cases, death.”

Nicole Ramos, border rights project director at AOL said: “Like the Trump administration, the Biden administration forfeits the right to claim that the United States is a champion of human rights and the rule of law when it allows CBP to disregard federal law and leave human beings to be hunted and killed by cartels, human traffickers, and members of all levels of the Mexican military and law enforcement.”

The federal agencies have not responded to media inquiries on the matter.

This press release and a copy of the complaint are available here.