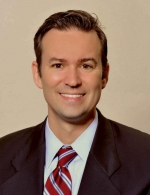 Schuber received his Juris Doctorate from the New York Law School, and B.B.A. from Pace University, graduating with honors from both universities. One of his most notable contributions to the team stems from the fact that he comes from a family of builders and tradesmen. He has spent a good portion of his career working for his family’s construction company. As a result, he has extensive knowledge of the construction process and methodology. His hands‐on experience in the field makes him an invaluable asset to the team.

In addition, over the last ten years, he has been actively involved in the San Diego Construction Industry. He previously served as President for the San Diego Chapter of the National Association of the Remodeling Industry (NARI), Secretary for the NARI California Coalition, and National NARI Chapter Representative. Schuber received his OSHA/CAL‐OSHA Compliance Certification in 2004. As an Associate Attorney in the San Diego office of Anderson & Kriger, he handles complex civil litigation for construction defect related matters. He will also be handling condominium conversion cases in the San Diego area. 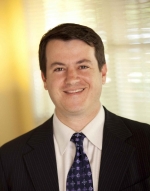 He is an associate attorney in Anderson & Kriger’s Sacramento office focusing on construction defect and real estate transaction issues. Jake joined the Anderson & Kriger team after graduating from the University of Pacific, McGeorge School of Law. While at McGeorge, he interned for Legal Services of Northern California, as well as the Sacramento and Yolo County Public Defender offices and was also active with the volunteer mentor programs, the Public Legal Services Society, and the American Constitutional Society.

As a Sacramento native, he has long been involved in Sacramento area housing and development issues, especially affordable housing. He has volunteered for numerous nonprofits such as Loaves and Fishes, Women’s Empowerment, and many other local organizations.

Anderson & Kriger has its main office in La Mesa and, in addition to Sacramento, operates offices in Orange County, Riverside, and Antelope Valley.  For more information, visit www.a-k.com