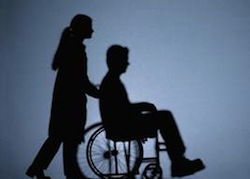 The move comes after a lengthy series of investigative reports detailing chronic abuses within California’s Developmental Center System.  The abuses prompted a citation by the US Department of Justice Civil Rights Division and Decertification by the State Department of Public Health, which recently declared that abuse within the Sonoma Developmental Center constituted “immediate jeopardy as well as actual serious threats to the physical safety of female clients in certain units.”

“It is stunning and spine-chilling to know the State has allowed - and taxpayers fund - this outrageous abuse,” said Kiara Hedglin, an advocate with developmental disabilities. “Developmental Centers are shameful relics of the past. They are decaying institutions with an alarming record of abuse that demonstrates an astounding, appalling and atrocious standard of care.  Enough is enough.  It’s time to start closing the facilities in a timely manner – to give people with developmental disabilities the respect, freedom and safe harbor they deserve.”

“I wanted to die,” said Kimberly Williams, a former resident of Sonoma Developmental Center. “I was born into a State-run institution but having cerebral palsy didn’t define my destiny. I knew I wanted freedom and I knew I had to leave.  If I had to go back, I’d take my own life."

Following the protest, activists attended the Senate Budget Subcommittee #3 hearing on the Department of Developmental Services. That is where Legislators will discuss the LAO’s proposal to create an independent Inspector General to oversee Developmental Centers.