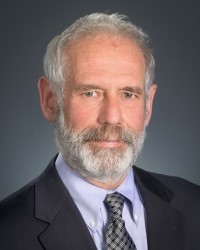 “The organization itself might be the target of a criminal action or a civil action,” Picker stated before the Senate Committee on Energy, Utilities and Communications during an oversight hearing. “We don’t have criminal attorneys. This is somewhat new to the organization.”

In February, U-T San Diego that the commission paid a $49,000 retainer fee to hire the law firm Sheppard Mullin to represent the agency in the investigations. Commission critics said the action wastes public funds and designed to protect senior officials.

Peevey did not testify before the legislative committee, the Sacramento Bee reports.

An attorney from the Center for ElectroSmog Prevention in La Mesa also attended the State Senate’s CPUC oversight hearing in Sacramento, handing each Senator a press release containing allegations that the CPUC covered up smart meter health dangers, documented in their own emails, as ECM has previously reported.  The release also had evidence that the CPUC helped engineer high opt-out costs to force low-income customers to keep smart meters

The oversight hearing Tuesday was the first in what is shaping up as a series of proceedings aimed at getting to the bottom of corruption allegations lodged against current and former commission officials.

For years, legislative oversight of the CPUC has been lax. But that may be changing.

Picker, the new CPUC chair, has promised reforms and earlier this year implemented new transparency measures aimed at stopping back-channel dealings, as well as a code of ethics for commissioners The commission is also conducting its own internal review of records and Picker has promised to discipline anyone found to have violated state law or commission rules.

Government pays to defend employees but if they are found guilty they must reimburse the govt.
the employees should have to pay for their own attorneys, not the taxpayer .. bring it on and let the corrupt be sent away to pay their debt to society for their actions. I have my doubts concerning picker's honesty and think he is trying to head off trouble for himself