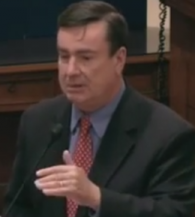 Senator Joel Anderson urges Governor to veto spending for preschool and protecting Monarch butterflies, calls for money to be used on services for disabled,Medi-Cal providers and in-home support services

September 14, 2015 (Sacramento)—The state Legislature adjourned without approving a change required by the federal government to avoid losing $1.1 billion in Medi-Cal funding.  Democrats and Republicans are pointing fingers, with each blaming the other.

Governor Jerry Brown convened a special section in June on healthcare, but legislators failed to reach agreement on this issue and have now adjourned until January 4, six months before the tax expires in June.

Diana Dooley, director of the California Health and Human Services agency, issued this statement:  “Since the federal government ruled in July 2014 that our current MCO tax could not continue beyond 2016, we have explored every conceivable option over the past 14 months to avoid losing $1.1 billion in federal matching funds.  We have spent countless hours with the health plans, Legislators and those who will be most hurt if we must make up for a $1.1 billion loss.  In the past few weeks alone, we agreed to eliminate other taxes paid by the health plans and made additional adjustments that would result in a very small cost to only a few plans.  We did everything we could to make this work.  It is deeply disappointing that the health plans could not come together to support this proposal and the Republican legislators have refused to consider any tax adjustments at all. “

Dooley issued a dire outlook. “Without additional revenue,” she warns, “there will be no alternative to reductions in our health care spending, jeopardizing the significant gains we have made through our implementation of the Affordable Care Act. “

But Republican Senator Joel Anderson of Alpine  says over $1 billion in new spending has passed the State Senate since the budget was signed.  He also says fiscal staff have identified $1.5 billion in the budget that he believes could be made available to fund Medi-Cal, Developmental Services, and In Home Supportive Services.

“Total funding opportunities identified above equals approximately $2.5 billion – twice as much that is needed to fund Medi-Cal provider rates, funding for the developmentally disabled, and restore funding for IHSS workers permanently,” Anderson says in a statement sent to media.

In response to Dooley’s statement, Anderson fired back, ““They have explored every conceivable option except funding our most vulnerable citizens in the budget where it belongs. If they are looking for solutions, or a list of things that should have waited for funding until our most vulnerable were taken care of, they can just look at my committee and floor speeches.”

Among other things, Anderson spoke on the Senate floor urging opposition to state preschool funding, calling it a “Sophie’s Choice” to choose between funding a child’s education and healthcare. (View Anderson speech: https://youtu.be/dhliPHLfQs4) He similarly argued against funding to protect Monarch butterflies, which have declined precipitously in population.

Senator Anderson  has also opposed new revenue sources, however, such as increasing a tax on cigarettes that might have been used to fund healthcare and more.

Anderson called on Governor Brown to veto any new spending by the Legislature from bills sent to his desk in the closing weeks of the session and further, to “ use that money which he claims we don't have,  and use it for the developmentally disabled, Medi-Cal providers and IHSS permanent restoration.”

Sort of confusing in what I’ve read, but the presentation I must say is spot on. Send some more like this one but little more easier. I’ll share with others. facebook angeljackets page
http://www.breitbart.com/big-government/2015/09/12/unified-republicans-in-ca-state-capitol-block-tax-increases/