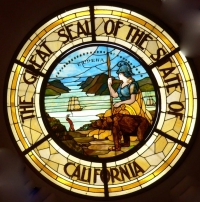 June 15,2015 (Sacramento)—California’s Legislature has approved a $117.5 billion budget -- $2 billion more than Governor Jerry Brown had requested, including $749 in new spending with the rest to pay down debts or be deposited in the state’s  rainy day fund.  New expenditures include higher payments for doctors serving poor patients, extra money for state universities and community colleges, and expanded child care.

The Democratic majority relied on $3 billion in higher revenue projections to justify the increased budget amount.

Also at the #cabudget hashtag on Twitter was this embarassing admission tweeted by Republican Scot Wilk: “My wife is right - I can't multitask! Accidentally voted for Budget while Facebooking …The perils of social media.”

Governor Brown has not yet stated whether he will sign the budget or wield a line-item veto to pare back some additional spending.

Republican Budget Committee vice chairs Sam Melendez and Jim Nielson, however, sent a letter urging the Governor to exercise fiscal discipline. The letter states,”While the State’s coffers have rebounded in recent years, we should be careful not to repeat the fiscal mistakes of the past by gambling on overly-optimistic economic projections.”