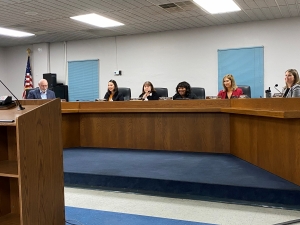 January 23, 2020 (Lemon Grove) -- On January 21st, Lemon Grove leaders kicked off the new year in a well-attended meeting, with many citizens clearly interested in the medical marijuana dispensary item on the agenda.

The Public Hearing portion of the meeting contained a staff recommendation to deny a conditional use permit for a medical marijuana dispensary at 3515-3521 Harris Street, proposed by KIM Investments, LLC. The project proposes 10 parking spaces, and 8 required off-street spaces. Public discussion on the agenda item was curtailed, as the attorney of Austin Legal Group representing the project, rose to request a continuance of the agenda item. 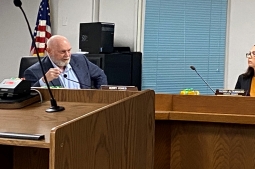 Previous discussion at the council had brought forth objections about a separate but similar project proposed by Citrus St Partners. The council had denied this project, due to health, safety and neighborhood compatibility concerns. During a November 19th,2019 hearing Councilmember Jerry Jones stated that if the parking for the Harris Street Parking was not better, he would deny this project as well, according to documents provided by the KIM attorneys. The City Council approved the continuance unanimously, and will reconsider the project again on February 18th.

Other business included a unanimous direction to staff to proceed with a $1.4 million grant request for funds from the state. The Green Infrastructure Grant Program would support The Main Street Project, if allotted.

The Council was also presented with the Lemon Grove staff recommendation to adopt a resolution and permit to develop six townhome units at 8200 Hilltop Drive. Again, the council approved the proposal unanimously.

The council then retired to a closed session with Lemon Grove city attorneys, regarding anticipated litigation. City Clerk Shelley Chappel told ECM that there was “no report, as there was no decision”, during the closed session. 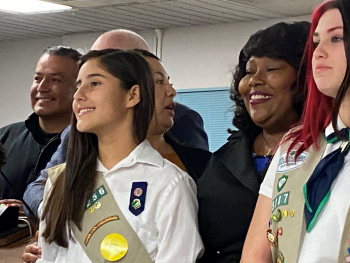 Citizens and elected officials alike enjoyed the appearance of several San Diego Girl Scouts, who arrived to announce the creation of a new Girl Scout cookie, “The Lemon-Ups.” Mayor Racquel Vasquez and council members presented the entrepreneurial scouts with an appreciative proclamation, declaring Lemon-Ups are “the Official Girl Scout Cookie of Lemon Grove for 2020.”