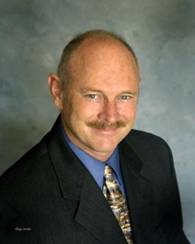 February 23, 2017 (Lemon Grove) – After Voice of San Diego revealed that SANDAG misled voters on projected revenues for the Measure A transportation initiative (see stories here and here),  seven SANDAG members said they were not informed of the botched forecast and have signed a letter calling for an investigation, VOSD reported.

Lemon Grove Councilman Jerry Jones has advised East County Magazine that in addition to signing the group letter headed by Poway Mayor Steve Vauss, he also sent his own separate letter to SANDAG chairman Ron Roberts two days earlier, calling for an independent investigator to determine who knew what, and when. Below is the text of Jones’ letter:

The article in Voice of San Diego concerning Measure A and projections are concerning and has, at the very least, shaken the public's trust in SANDAG and regional collaboration. I have read the staff memo on the subject and heard explanations on steps taken but I am not convinced that is enough.

It is my opinion that the board should engage an independent investigator in this matter that should answer to an ad-hoc committee of the board and ultimately the board. This investigation should include:

There may be things I am missing that other board members may find necessary for their own comfort level but these are the ones I can think of right now. The idea of an ad-hoc committee to determine a proper and complete list is something that needs to be put in place as soon as possible.  My suggestion would to be the primary exec committee members less the chair and vice chair with lead counsel as staff.