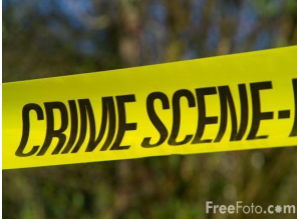 By Miriam Raftery
August 28, 2019 (Lemon Grove) – A home invasion robbery that went awry in February led to a struggle between the home’s occupants and two suspects. The homeowner’s son was shot and wounded, resulting in the homeowner firing back, killing a teenage suspect.
Today, the Sheriff’s department has announced that the second suspect, Joshua Story, 26, has been charged with murder. California law allows murder charges to be filed if a death occurs during the commission of a crime, even if the suspect is not the one who pulled the trigger.  Story was in custody at the San Diego Central Jail on unrelated charges when the murder charge was filed, says Lt.  Chad Boudreau.
The suspect who died has been identified as 15-year-old Derrick Harris Jr.
The altercation occurred on February 7 shortly before 2 a.m. at the home located at 2448 Edding Drive in Lemon Grove.
The home’s occupants are Francisco Suarez Sr., 44, and his son, Francisco Suarez Jr., 22. The son’s injuries were not life-threatening.

This is the kind of story that the Liberal fake news media refuses to report. It would have had a TOTALLY different outcome had not the owner had a firearm.. If this had happened in New York they would have prosecuted the homeowner.!
SMH You just posted fake info, so call liberal media does report it, seen it many times. No: New York wouldn't have change the homeowner. i'm assuming your a Fox guy, since your blaming liberal media. Do some research Fox: has the most lies, their claims are mostly false, and half truths. Fox is the #1 mainstream media, the reason they wont admit it, because then they or their supporters wouldn't have anyone to blame. Look up definition of mainstream media- look at fox history