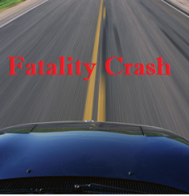 June 10, 2013 (San Diego’s East County) -- Ismael Perez Chavez, 30,  died at the scene of a solo vehicle traffic accident June 8  reported at 11:49 p.m.on westbound I-8 near Mollison Avenue in El Cajon. Perez, who was single, resided with roommates in Lemon Grove.

According to the California Highway Patrol, Chavez was driving a gray 2008 Infiniti G37 at an unknown speed when he lost control and entered the dirt media. The vehicle crossed back across all lanes of traffic and onto the right shoulder, striking a tree. A passing morotist called 911.  El Cajon Fire and Rescue paramedics pronounced the driver dead at approximately 11:55 p.m.

This incident is still under investigation.  It is unknown whether alcohol and/or drugs were a contributing factor to this collision, pending toxicology results from the San Diego County Medical Examiner.