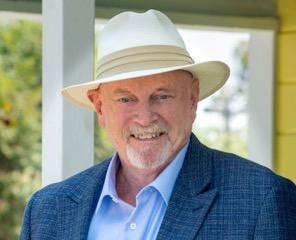 East County News Service
October 1, 2020 (Lemon Grove) – Councilman Jerry Jones, one of four candidates running for Mayor in Lemon Grove, has released a detailed financial plan to address the city’s structural deficit and strive to balance the budget.  While he supports a full cent sales tax increase following community discussion, his budget does not rely on any increased sales tax revenues in a time when sales tax revenues have dropped due to COVID-19. Instead, he is banking on legalization of recreational cannabis and a cannabis tax, as well as digital billboard revenues. He also outlines his priorities for expenditures.
Below is his proposal, in his own words:
A NEW FOUNDATION
The road to recovery starts with a solid foundation. I’ve talked about this foundation for more than two years when the first discussion about a sales tax came up. We need a clean and safe community before we can begin to think about economic development and attracting new businesses. Based on the information I have and some intuition I believe that the creative revenue that Council pursued will bring us to a balanced budget. This will not reverse the decline we find ourselves in and there will have to be a broad community discussion and decision on that. That begins with a leader willing to dialogue with the public more than every four years.
SO WHAT DOES THIS FOUNDATION LOOK LIKE?
BALANCE THE BUDGET

The structural deficit is estimated to be between $1.5M and $1.8M. It’s hard to predict what COVID will do to us so that may end up being higher. The latest budget report shows a lower than expected drop in our sales tax revenues. This is most likely due to the fact that we don’t rely on the tourist industry and, sadly, we don’t have a huge restaurant and entertainment industry. The bulk of our revenue comes from “Autos and Transportation” (dealerships), and “Building and Construction” (mostly Home Depot). We actually saw an increase in what is called “County and State Pool,” which is primarily online sales (Amazon). Below is my estimate for how we get to a balanced budget with creative revenues. These are estimates and are based on staff reports and intuition. For anyone concerned about the billboards please know that we are trading two existing billboards on Broadway for one on the freeway. Even without the guaranteed revenue this is a step in the right direction. As you can see there is a good chance that we can get to a balance relatively quick. This is also why I was willing to use reserves to prevent the cut of the patrol deputy in our last budget. We have time to fix the budget. When you need a cop there is no time to wait.

Cannabis tax (with legalization of recreational sales, cultivation, and processing):  $1,000,000
Digital Billboard (contract approved and waiting CALTRANS approval:  $500,000
Second Digital Billboard (pending negotiations and Council approval:  $500,000
Total:   $2,000,000
NEXT STEPS
If anyone is happy with the way things are then we can stop right here but I doubt that’s the case. I know I’m not. So if we are to do all the grandiose things some have suggested then we as a community have to take the bull by the horns and do something different. Some have suggested that we disincorporate and go back to the county. We don’t even know what that looks like.  I am, however,  willing to have that conversation and explore that possibility even though I don’t support it and believe it is a dangerous route with no guarantees. The other possibility is that the broader community may be willing to support a sales tax and invest in our community as our sister cities in East County have.
I am not a tax kind of guy but I love my city and it’s success comes before all things but family.  When talking a tax there has to be more in it than just saving City jobs and raises. This is why I opposed the ½ cent tax in 2018. If we want something more we have to invest in the City not just city hall. This is why I did my calculations and projections and pushed for a full cent tax. I know that there are people that would never support a tax and I respect that but I prefer to think of it as a civic investment. If elected Mayor I promise that any tax discussion will be fully vetted and communicated before it sees a ballot. There will be no select mayor’s “citizens committee."
So what does that investment look like? I have had some basics I’ve talked about for some time. I want to two flex deputies similar to a COPS deputy (community oriented policing). This would be a proactive force that we are missing in our force. I want to add to our public works force. They have taken some of the most severe cuts in the past 10 years and the effects are showing all over town. We need to invest in homeless solutions. I don’t think anyone has a clear plan on this  but the problems will not go away on their own and there will be a cost to it. We need to talk about streets and a plan to get caught up on deferred maintenance. Economic development is going to take more than lip service and I’ve included some funding for that in my plan. And finally, while it might not be a priority for some, recreation and parks must be addressed in any plan for a better Lemon Grove.

My plan can, of course, be adjusted to fit the community’s desires and commitment, but this is a starting point. This plan reflects what I’ve heard from the community. It certainly is not comprehensive and is up to the community to adjust and amend. A one cent tax is estimated to bring in $3m/year so there is room to adjust the rate or amend the things we want to invest in. My plan includes about 250K for boosting reserves and other discussion from the community. Any plan that goes to ballot must have a sunset to have my vote and approval.