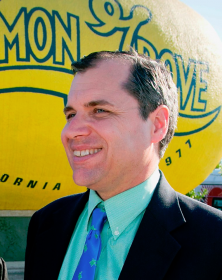 November 8, 2019 (Lemon Grove) – The Registrar of Voters confirms that the Lemon Grove sales tax measure has qualified to appear on the March 2020 ballot. If approved, the initiative would increase the city’s sales tax by three-fourths of a cent to 8.5 percent, the same as neighboring La Mesa.

According to the Registrar, 1,987 signatures have been verified as valid, substantially more than the 1,482 required for the measure dubbed the "Lemon Grove Security Initiative."

Advocates for the measure posted on their “Sweeten Lemon Grove” Facebook page, “Shoutout to all of the volunteers who circulated 233 petitions and to every person who provided their signature in support of the measure.”

The stakes are high for Lemon Grove residents and businesses.

Advocates contend the $3 million in projected revenues from the measure are needed, since the city faces a $400,000 deficit by the end of next year, which is projected to reach nearly $1.2 million by 2022.  Lemon Grove spends over 80% of its current revenues on public safety (police and fire), with not enough funds left for road repairs, parks, recreation programs or other needs of residents. Supporters include the Deputy Sheriff's Association, Heartland Firefighters, EDCO, and Mayor Racquel Vasquez.

Critics argue that the measure could hurt businesses and low income residents, also making it harder to attract new businesses. Those opposed have called for the city to further cut staff and to consider disincorporation, or asking the County to take back control and end Lemon Grove cityhood. Opponents include Mary England, former Lemon Grove Councilmember and president of the La Mesa Chamber of Commerce, which has some  Lemon Grove businesses as members.