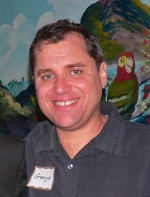 “I voted against the proposal because I wanted us to continue to do youth sports and day camps as much as we can. I am willing to use some of the reserve,” said Gastil, who called for a new staffing model that would allow money from programs that are profitable to help support programs that don’t make money. Councilman Jerry Jones joined Gastil in voting against eliminating the Recreation Department.

But the majority disagreed. Facing a deficit of $311,000 with a total budget of nearly $12.2 million, Councilmembers Mary England, Howard Cook, and Mayor Mary Sessom voted to eliminate the recreation department in order to save an estimated $260,000 a year.

Councilmember Mary England justified her vote this way.  "The Mayor raised the change to eliminate youth programs because the adult programs and the renting of the facilities make money," she said.  "The YMCA was on the table until that option was brought forward."

England expressed hope that the cuts may not be permanent.  "If and when our finances stabilize we may be able to add the youth programs in the future," she said, but added, "As a small city with very little retail base, a deficit budget, PERS escalating, a $2 million shortfall in unfunded pension liabilities and only 1 million in reserves, everything needs to be on the table. Unfortunately the dollars spent to serve so few could not be justified."

Starting July 1, Lemon Grove will eliminate recreation programs that don’t recover costs, including most youth sports. City staff is researching whether it can afford to keep its summer camp program, which is slated to start June 20.

The city will continue to provide other recreation department services including providing community events such as the annual bonfire.

Helen Ofield, president of the Lemon Grove Historical Society, was among those critical of the City's action.

"For most people, the character of a city is measured in how well it is run, its cultural and historical resources, recreation programs, parks, and libraries," she said. "Businesses and families looking to relocate examine these things before they move. By eliminating Community Services and its subset, Recreation, the City risks removing one more bit of our competitive edge. What is there for families here? Are we to be a mere collection of streets and a name on a post office?"  She added that the Historical Society will continue to provide free and low -cost programs for the public "to raise awareness of history and its corollaries, art, music and beauty., all of the things that make life worth living."