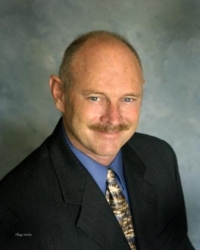 March 26, 2018 (Lemon Grove) -- Last week, many Lemon Grove residents were surprised to hear a citizen speaking during public comment at a City Council meeting reveal that the city had settled a case  filed by a former contracted city worker.  The worker alleged that Councilman Jerry Jones and City Manager Lydia Romero violated his free speech rights and retaliated against him for comments he’d posted on social media criticizing Jones.

East County Magazine has obtained a copy of the settlement and release agreement from the city in response to a public records request.

The settlement confirms that the city paid $15,000 to the Briggs Law Firm to settle the claim filed by Marcus Bush, a former employee of Rick’s Engineering who did outreach work on Lemon Grove’s Downtown Specific Plan.  An article in the San Diego Reader has details on the lawsuit and e-mail communications among key parties.

In the settlement, the parties acknowledged that Bush posted a comment on Facebook voicing his belief that Councilman Jerry Jones had “thinly veiled racist tendencies.”  Councilman Jones responded by contacting Romero and asking about Bush’s work representing the city. Romero discussed Jones’ concerns with Rick Engineering, after which the company ceased using Bush under his temporary contract.

After the Bush v. Jones suit was filed, defendants initially denied the allegations. But after a conference with Judge Mitchell Dembin, the parties reached a settlement in February that was approved by Council in closed session Feb. 6, 2018 and signed by all parties in mid-February.

The city does not admit to any liability or payment for damages, only the $15,000 for attorneys’ fees and costs incurred by the plaintiff.  However, both Jones and Romero wrote letters of apology to Bush.

In his letter, Jones said he was sorry that his response to Bush’s Facebook post “created an uncomfortable position between you and Rick Engineering. It was never my intent that you should not work with Rick Engineering. I understand that you were exercising your First Amendment Right to criticize me as a public official, while you were in a position representing Lemon Grove.”

He voiced regret for not contacting Bush to work out differences face to face, and concluded, “I respect your right to disagree with my political positions and decisions. While the nature of your language concerned me, neither you, nor your personal opinions, as a private citizen, are `poison.’”

Romero similarly wrote “I apologize that this situation with Councilmember Jones caused any problems for you at Rick Engineering. I respect your right to criticize public officials on public platforms and social media.” In her letter to Bush, she told him, “I contacted Rick Engineering to make sure that any work you did on behalf of the City would not be adversely affected by your personal opinions about Councilman Jones,” adding, “It was never my intention that your employment be adversely affected.”

Asked by ECM about the racism allegation, Jones replied, "Lemon Grove is a diverse community that has escaped much of the identity politics and racism we see in America today.  No one can deny that all forms of racism are out there on the fringes but they are not the main fabric of who we are in Lemon Grove. Lemon Grove does not have ethnic neighborhoods and once we begin to see each other as anything other than neighbors and community we are in trouble.  Racism in any form or from any segment of the community is a cancer Lemon Grove will not recover from and must be confronted. Most of Lemon Grove knows who I am and what I stand for. Placing the interests of Lemon Grove is my highest priority and I place the highest value on representing all of Lemon Grove regardless of race, gender, or political party.”

The lawsuit and settlement are particularly troubling to some, given a new claim filed against the City alleging assault by another Councilmember, David Arambula, against Christopher Williams, an applicant for a medical marijuana dispensary.  Williams suffered substantial injuries in the altercation at Arambula's home following a meeting at which Mayor Racquel Vasquez had reportedly been present, along with Taisha Brown, who arranged the meeting. (See our prior report on this incident, and watch for a new article soon with additional details and perspectives.)

Mary England, a former member of the Lemon Grove City Council, has led former Councilmember Mary England to ask in an editorial published on East County Magazine, "Has the Council lost their way?"  She called the recent lawsuit against Jones and Romero "another example of negative publicity and taxpayers' dollars being frittered away on legal fees."

Yes Tom and there were some houses on main that were homes to some of those Lemon Grove Incident families as well. I ran into Gil Nunez the day they started the destruction of that block for the park that's there now. Coach Nunez is one of the ancestors and was my son's wrestling coach at Helix. I understand that there are a few of those ancestors still in Lemon Grove and the middle school auditorium is named for Roberto Alvarez. We've come a long way since the incident.

There are several houses on North Avenue where people from Mexico lived. They weren't allowed to buy homes in other areas of the town.
Also look at "The Lemon Grove Incident"
http://www.sandiegohistory.org/journal/1986/april/lemongrove/

Councilman Jones has given us a statement denouncing racism, which I've added into our article above but wanted to be sure others see it, too, so am also posting here in the comments section:

"Lemon Grove is a diverse community that has escaped much of the identity politics and racism we see in America today.  No one can deny that all forms of racism are out there on the fringes but they are not the main fabric of who we are in Lemon Grove. Lemon Grove does not have ethnic neighborhoods and once we begin to see each other as anything other than neighbors and community we are in trouble.  Racism in any form or from any segment of the community is a cancer Lemon Grove will not recover from and must be confronted. Most of Lemon Grove knows who I am and what I stand for. Placing the interests of Lemon Grove is my highest priority and I place the highest value on representing all of Lemon Grove regardless of race, gender, or political party.”

The case against me came as the result of an email I sent to the city manager as part of my job and duty as a Lemon Grove Council Member. That email was sent in order to inform city staff of what I perceived as a politically motivated statement on social media by a former subcontractor to the city. A statement that put the city as risk.

My expression of concern did not give direction to city staff though I did express a desire that this person not represent the City and City Council in the future. This concern was passed on to our contractor who made a decision concerning their employee without input or demand from me personally.

I believe that had this gone to court that the City would have prevailed but the cost in attorney fees would have been too high. That belief is shared by the City Attorney in the City's statement on the matter. Given a choice between a settlement with an apology and much higher legal fees, I made a business decision that was best for the citizens of Lemon Grove.

I agreed to the settlement and issued the apology. In no way should anyone take this apology and settlement as an admission of guilt. I strongly believe that it is a council member's duty to keep city staff informed on matters that directly effect the city and it's citizens or put the city at risk.

The email in question, though interpreted for personal and political gain, was just that. The suit against me was politically motivated and the result of sharing information not covering it up.

Mary England is correct that Lemon Grove needs to flush these bad actors out. Jerry Jones, Raquel Vasquez and David Arambula should step down. Raquel Vasquez is doing nothing but the “tour circuit” touting herself as the “first black women mayor.” Well, you are not a mayor if you don’t fulfill the duties. You’re you a figurehead. Jones needs to go; it’s not a job and pension Jerry, its public service. You’re all supposed to work for the citizens, not disrespect them and fight them.