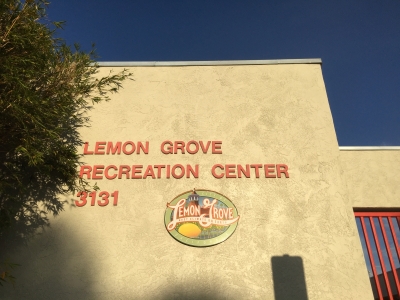 July 29, 2022 (Lemon Grove) — Starting on Saturday, July 30, Lemon Grove residents — many who called for restored public access to the Recreation Center — will see a new step taken in that direction, as the City looks for a fresh start with its recreation offerings.

For the next six months, the City will run a Recreation Center Open Saturdays pilot program at the facility, during which they will collect data on its usage and either continue, modify, or discontinue the program in January based on what is learned.

This effort was added to the agenda on the heels of the City Council’s April priority-setting session. According to a staff report, the pilot program will cost $11,328.

That expenditure will grant access from 9 a.m. to 5 p.m. each Saturday besides holidays, when anyone will be free to come to 3131 School Lane and use the spacious gym, outdoor spaces and classrooms for individual and group activities. There may soon be a scheduling program as well, for those who wish to pay a small fee to reserve their spaces by time slot — but if a space is open, it will be completely free to use, similar to the City’s gazebos. 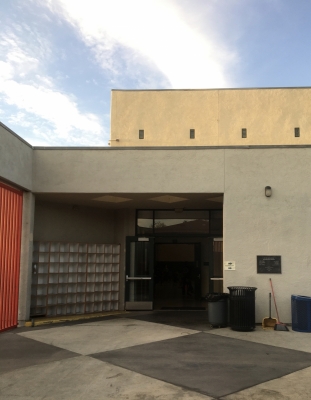 The gym will be off limits until 12 p.m., as existing youth sports programming is already renting the space every Saturday morning. Other rentals will also be given priority going forward if they are community serving, such as a health resources event hosted by Assemblymember Akilah Weber’s office coming in August.

The action taken by City staff to set up the pilot program, at the direction of the City Council, comes at a moment when Lemon Grove officials unanimously agree that increasing recreation opportunities is needed, but are wary of biting off too much too soon. Despite having seen more financial recovery at the end of the past fiscal year than in recent years and being able to absorb the cost of the six-month trial, a cautious approach is being charted.

“I don’t want to make commitments that we would end up going back on,” reasoned Councilmember George Gastil, encouraging staff to learn more about who will use the spaces while more funding is sought. “That’s one of my biggest worries.”

Councilmembers Gastil and Jerry Jones were serving terms when the decision to cut the City’s recreation department back in mid-recession 2011 was made, under Mayor Mary Sessom and City Manager Graham Mitchell. At that time, recreation was migrated to the City’s Community Service Division and any services had to be contracted.

Both Gastil and Jones voted against the cut, and remember the sadness of that time, when a $1 million draw from the City’s reserves was necessary to “keep the city going,” according to Gastil.

“It was painful,” he recalled, remembering how much institutional memory was lost at that time. “I think I’ve said before, it was one of the low points of my public service.” 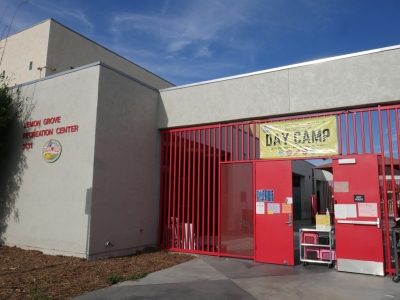 “I’m not gonna be here when this comes around again,” said Councilmember Jones, reflecting on recreation and other public initiatives in Lemon Grove in the face of his eventual retirement. “So hopefully I won’t experience that heartbreak again.”

Current City Manager Lydia Romero said that keeping the recreation department going during that time was costing about $300,000 per year. Finding a model with full cost recovery aside from contracted services was attempted, but to no avail. Romero stressed that the new pilot program is not restoring the recreation department that would offer programming — for now, it is solely focused on Saturday access to the facilities.

The July 19 City Council meeting that ended with the pilot program discussion, began with Mayor Raquel Vasquez attempting to have Councilmember Liana LeBaron escorted from the room for talking out of order.

A five minute break was taken so LeBaron could gather her things, but she did not budge. The Mayor eventually resumed the meeting and gave LeBaron one last chance. The incident was not revisited at any point in the meeting. 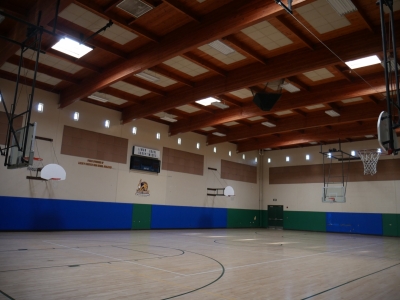 “We may not be voting by a roll call,” Councilmember LeBaron said later during the pilot program discussion, “but the five of us tonight are going to be casting a vote as we’re telling staff what to do moving forward.”

The discussion included a report from City Manager Romero, public comment, and input from the City Council. Residents voiced their support of the effort, but asked for it to not stop with the pilot and to continue to build after school access, organized events, and publicity.

“I believe that the pilot program you guys are running, without quality programming in place, is going to be set up for failure,” expressed Gerry Ramsey.

“I want to make sure that everyone’s expectations are managed on this. No one wants to set anyone up for failure,” she said. “If failure should happen, we all fail. And if we succeed, we all succeed together.”

Mayor Vasquez also noted throughout the meeting that the facility was never fully closed, and that anyone could use the space as a rental if they applied, paid the fees, and set up insurance. Yet for many residents, free public use of the facility is the tipping point that will bring their families to the building.

“What we want is traditional rec center programming,” said Jessyka Heredia in agreement with Ramsey. “I’m in full support of supporting the six-month pilot, but just know that we’re not gonna stop there.”

Heredia helped steer the recent inaugural Citrus Festival in Lemon Grove, which took place at the Recreation Center and sought to raise funds and awareness about the issue. Over 400 people attended, according to Heredia.

Teresa Rosiak-Proffit, another volunteer with the festival, said over $2,500 was raised to support recreation programming through a non-profit, the Neighborhood Enrichment Organization that is spearheaded by community advocate Chris Williams.

“I encourage us to look at the demographics and see what’s happening, not just to Lemon Grove, but in other communities that are largely Black and brown, and the lack of access that they have to stuff like a rec center,” said Williams. “We can work together, we can find the money, we can do what’s right and provide resources to our youth.”

However, similar to other officials, Councilmember Jones held concerns about securing sustainable funding and reliable volunteers if the program were to expand to include more offerings by the City.

“The reality is, if you want to make it happen, you’re gonna have to pass a sales tax,” he reasoned, while still voicing his support of the pilot program. “Nothing would make me happier than to have free programs — it’s not realistic.”

City Manager Romero added that the staff available to run the pilot program are already overworked and not trained in recreation programming, but that sponsoring programs with volunteers requires the City to cover a large amount of liability, especially when kids are involved. She made clear that for right now, efforts driven by residents with no sponsorship from the City are perfect.

Commenters like Williams and Heredia cited strong volunteer programs already taking place, like a weekly Pickleball group. Councilmember LeBaron mentioned knitting and art groups that want to use the space for classes too.

Indeed, a discussion board on Facebook already has over 150 members envisioning the future of the facility. For any and all interested residents, there will now be an eight-hour window every Saturday with support from the City to enjoy community-driven initiatives like these at the Recreation Center.

Councilmember Jennifer Mendoza, who pushed for the eight-hour pilot program over a six-hour version, and who asked for the scheduling component, was excited to be moving forward with the plan.

“I do want to also say thank you very much to our community members for your persistence and your dedication to getting this done,” she said during final comments. “We can do it again. We can make this a success.”