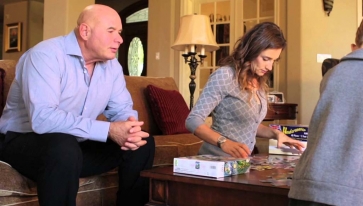 Hamel’s connection to the church founded by science-fiction writer L. Ron Hubbard is being debated on sdrostra.com, a conservative blog, and raised as an issue by one of his rivals.

“The Scientology question is a fair one,” Eric Andersen said in a comment. “Although religion should not be a test for office, it helps us understand the ideas our representatives will uphold.”

Hamel hasn’t posted a comment on the blog about Scientology, he told Times of San Diego, “because it’s a lose-lose for me.”

“I’m a good guy. I do nothing but help people in this community. I donate to tons of charities,” he said Wednesday in a phone interview. “I haven’t been to a [Scientology] service … in at least 10 years, maybe 15.”

But he still took offense.

“The fact that we’re discussing somebody’s religion seems kind of against everything that we’re supposed to be standing for these days,” Hamel said. “No matter where my position is on Scientology, it’s still a religion. And it would be inappropriate to discuss someone’s religion — completely inappropriate.”

Agreeing was Santee Mayor Randy Voepel, who entered the 71st District Assembly race a year ago. 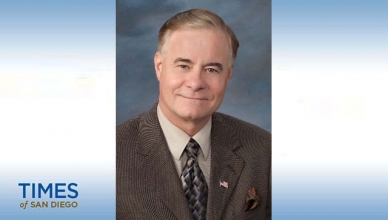 On Tuesday, Voepel said via email: “I never comment about another person’s religion or beliefs.”

But a third candidate, science-fiction author and Union Bank executive Tony Teora, said Hamel’s affiliation is not important “unless his legislation is based on some things (in Scientology) that I don’t think are very good. They don’t believe in standard medicine.”

In an online comment, one-time La Mesa mayor candidate Craig Maxwell said: “Religion shouldn’t be a test for office. Quack cults like Scientology, on the other hand, are another matter altogether and shouldn’t be ignored.”

Teora said Hamel called him several days ago, and Teora asked the TV figure “point-blank” if he was a Scientology member.

“He was very careful about his answer,” said Teora, 52, a Julian resident. “He said that he’s a Christian and that he’s going to Christian schools, and he used Scientology’s business study program.”

Hamel “really didn’t answer the question” about his current status in the church, Teora said in a phone interview Wednesday. 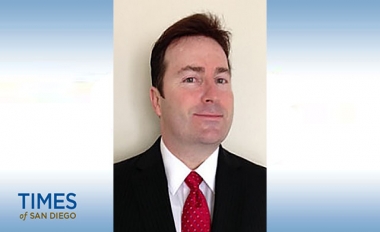 Even so, Teora said Hamel’s past ties to the church will be a “challenge” to him in a conservative district. “I don’t want somebody in my district who is going to say: Hey, I’m not going to support legislation for doctors and medicines because …. the cult says we shouldn’t have medicines.”

Kristi Wachter of San Francisco is a church critic who maintains a database called truthaboutscientology.com.

She says Hamel may have hinted his science stance in a July 2005 Union-Tribune letter to the editor talking about Tom Cruise, a high-profile Scientologist.

Hamel wrote: “Cruise may have been a trifle aggressive, but psychotropic drugs are an important subject. The billions made by the drug companies do not, in my mind, justify the drugging of a major portion of our culture.”

Wachter said the letter suggests that Hamel in 2005 was a Scientologist, “publicly supporting Cruise and denouncing psychiatry. At the very least, he still seemed to be in agreement with Scientology’s hostility to psychiatry.”

Also noted on sdrostra was a 2006 World Institute of Scientology Enterprise business directory that included Hamel.

Hamel says he can’t explain how he’s in the directory.

July 9, 2005, letter to the editor in The San Diego Union-Tribune

“I don’t think I ever paid to be in there,” he said. “The church doesn’t have its own directory. I may have paid once, like back in 2001 or in the 1990s. And someone…left my name in the directory so it looks fuller, so they could sell more ads.”

Based on references to Hamel in Scientology publications, “he doesn’t strike me as a terribly gung-ho Scientologist,” Wachter says. “I don’t see any completions of the L’s (L10, L11, L12, extremely expensive services that wealthy Scientologists often do), and I don’t see any OT levels.”

She said the lack of entries for Hamel after 2000 could mean that his involvement dropped off or stopped completely.

“It could also mean that he’s still involved, but his completions aren’t being listed,” she said, noting that he “went Clear in 1979,” a state open to different interpretations.

“If she’s also known as Penny, she’s also done an Ethics Specialist Course, which suggests she may have been on staff at some point,” Wachter told Times of San Diego.

Hamel confirmed that Penny, his wife, “may have been a [church] volunteer for a few months.”

Commenters on sdrostra debated whether and how Hamel left the church.

Anderson alleged that Hamel was kicked out of the Scientology church in the early 2000s by the office of the Chairman of the Board “because he questioned him and his practices. He has been ‘dead-filed’ ever since.”

But Wachter said: “If he was causing enough trouble for [David] Miscavige to get kicked out, he would probably have been declared a Suppressive Person and therefore a Potential Trouble Source to his wife, who would have been pressured to disconnect from him if he couldn’t be ‘handled’ and routed back into Scientology’s good graces.

Wachter said other sites reported donations to the San Diego Ideal Org fund, a local Scientology chapter, by Penny Hamel as recently as 2010.

Voepel has been questioned as well, since he publicly left the Republican Party in 2010. Registrar of Voters Michael Vu says Voepel rejoined the GOP in January 2015 “when he re-registered to vote and selected his preference with the Republican Party.”

Said Voepel via email: “I initially left the party out of frustration that the national establishment was nominating candidates who I felt were insufficiently conservative. Ultimately, I decided that I could do a better job of electing conservatives by working within the party rather than outside of it, which is what motivated my re-registering as Republican.”

As of Monday, the San Diego County Republican Party has yet to endorse anyone in the 71st District race, representing much of East County and parts of southern Riverside County.

Hamel said most churches don’t have a “formal document that you can show that says whether I’m in or I’m out. The [Church of Scientology] is unpopular in the minds of a lot of people. But it’s still a religion of a lot of people.”

Teora, soundly defeated by incumbent Assemblyman Brian Jones in the November 2014 election (72 percent to 28 percent), hopes to do better against the 15-year Santee mayor and diamond-buying jeweler.

Teora said that Hamel “seems like a decent guy. But I do think if he’s hiding his membership in Scientology — and if he actually follows that belief system — I think the voters should at least know that.”

I have lived in the same community as Mr Hamel and worked with him on community issues for several years now. I have found Mr Hamel to be a thoughtful and honorable man. I believe that when elected Mr Hamel will serve his constituents and not his personal interests just as he has over the years with community issues.

to be interviewed in a fair and balanced process.  I understand there are 4 people in the race, and we'd like to meet with them all.

One's religion is one's own business if you don't allow it to interfere with your duties as a public official.  But if you allow your religion to color your actions that affect the public, then it arguably is the public's business.

For instance Supreme Court Justices who are Catholic have voted to restrict reproductive rights on cases involving abortion or birth control, while the Jewish members have not.  Are they really interpreting the law based on the Constitution, or their own religious beliefs?

We've seen some evangelicals on school boards vote to try and keep evolution out of the classroom, or require teaching of Creationism, while other evangelicals recognize a separate of church and state and have not tried to impose their personal religious views in the classrooms.

We've certainly seen media ask candidates for school boards their views on intelligent design, or candidates for Congress or state legislature their views on abortion, gay marriage and other topics where religious views often affect one's political views on key issues.  Will they represent the will of the voters, or support the Constitution, if that conflicts with their church's teachings?  Some churches have sought to threaten elected officials with excommunication if they voted against the church's teachings, so sometimes religion is a legitimate concern for voters.

In Utah, a federal court just found that a Utah town run by a polygamous Mormon cult was violating rights of non-Mormons, such as denying them public benefits.  It's so extreme that there's talk of a takeover of the town by the feds, since warnings haven't led to reforms. Clearly the religious biases of those public officials had a big impact on all voters.

President Obama has been falsely smeared by those who called him a Muslim and that's wrong. So is voting against someone solely based on their religion.  But some voters may want to know if an actual Muslim candidate believes in, say, Sharia law , or their views on refugee caps and military action in the Middle East.  With a Jewish candidate or a Muslim candidate some may wonder if they would be neutral on the Israel-Palestine issue.  Obviously there is a wide range of nuanced positions on those issues among both Jews and Muslims, there is no stereotype that applies, but asking a question on their views on that issue would not be inappropriate.

The Scientology Church teaches that mental health drugs are wrong even for people with schizophrenia and there have been controversies over people who went off these meds with dire consequences due to such teachings. So I do think it's appropriate to ask a Scientology candidate and his opponents their views on whether they might support legislation to limit mental healthcare drug access or funding, to cite one example.

You are correct that anybody of any religion can run for public office. It's also correct that voters have a right to know candidates' stances on issues that will affect their lives, and whether the official will vote based on religious views or other factors.

...then that's a wrongful religion-based test for office, because the argument can be made that drugs often do little to address the underlying mental health symptoms and ultimately create a whole new batch of problems. In fact that proves the point that religion should not be a test for office, as the Constitution states.
That's my opinion and I'm sticking to it, religiously. ......But in government matters there is no good or bad...."but no religious test shall ever be required as a qualification to any office or public trust under the United States." Period. Drop it.