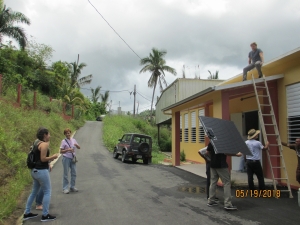 In the past couple of years, Lobdell has worked in the U.S. including territories of Puerto Rico and the U.S. Virgin Islands, setting up systems to provide power. Humless recently landed a contract for installations to take communities 100% off-grid in Oregon, including 600 homes over a span of three years.

"After Hurricane Maria, I was part of a team that donated and installed off-grid systems in Puerto Rico," said Lobdell in a phone interview. “Our systems were able to provide lights and refrigeration to two different communities, both heavily affected by the hurricane. Being able to provide electricity for these communities reminded me of the reason I work so hard at what I do. I love being able to provide essential energy and storage systems to families, communities, and regions where grid power is not available or stable."

Humless ceo Glenn Jakins cited the phenomenon of power companies that are shutting down power during Santa Ana winds and high fire season—a problem that has also affected parts of San Diego County.

While Humless is not the only company offering off-grid solutions, their experience is broad in helping entire communities impacted by natural disasters become more resilient to keep lights on in future power outages.  That’s an option under consideration increasingly in California, where utilities have caused concerns to many by shutting off power during hot, windy conditions to prevent their equipment from starting fires.

“Two million California power customers have been affected so far this year by PG&E cutting electricity supply during high wind blackout periods,” stated Glenn Jakins via email. “Electrical utilities in other states are following suit, negatively affecting the U.S. power grid’s reliability record. We hope to empower consumers by reducing the threat of blackouts, helping the public take charge of their relationship with the utility.”

PG&E provides natural gas and electricity to most of the northern two-thirds of California.

“I have been getting calls from PG&E customers. I’m heading back to the area,” said Lobdell on where his next business trip will be.

Lobdell went on to explain more about his experiences in Puerto Rico. 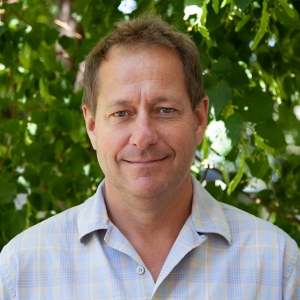 “When Hurricane Maria hit in Puerto Rico, the people were desperate. They had no power for two months. In some areas there were generators, but desperate Puerto Ricans afraid of theft kept them too close to people,” he said. “This resulted in sickness and even death from the dangerous fumes. Humless donated UEM microgrid systems to two remote mountain communities in Puerto Rico to provide emergency power.”

Lobdell offered up his assessment of the grids that supply power in relation to the continental states.

“The U.S. grid has never been more fragile,” he said. “Humless is so pleased we can provide energy storage solutions that provide families and businesses security.”

Lobdell went on a multi-state tour in early December to introduce their product and address questions, issues that have arisen surrounding alt-power sources, and outages.

Topics their team has addressed during speaking engagements include:

Their staff raised the question if other states will follow California, Nevada, and Utah utility companies’ protocol of shutting off power during high winds and high fire. Lobdell went on a multi-state tour in early December to introduce their product, also addressing questions and issues that have arisen surrounding alt-power sources.

“I have been getting calls from PG&E customer. I’m heading back to the area,” said Lobdell about his next business trip, adding, “Tax credits are available if you pair it with solar power.”