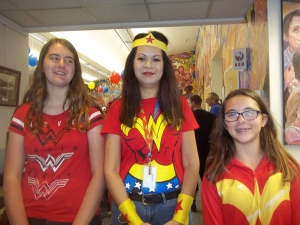 “It’s because she’s famous right now,” said Patterson, who watched the “Wonder Woman” television show as a child in the 1970s. “Co-workers helped me with (the event) and went with it. I liked the movie because it respected men as well as women, showing that it took both (to help the world).” 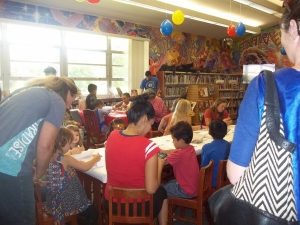 As a Wonder Woman television episode played in the background, children solved puzzles, created crafts and posed for photographs with their heroine’s poster. The youngsters also enjoyed refreshments, won drawing prizes and listened to Patterson reading a story.

“She kind of shows the confidence, I guess,” Webster said.