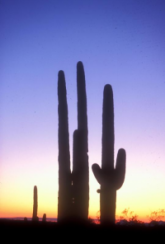 If the fund expires, he warns, "we’ll go back to a time when oil and gas companies didn’t have to offset the resources they took out of the ground and give back to the nation in the form of playgrounds, ballfields, and hunting and fishing lands. We’re talking about weekend camping trips with s’mores and ghost stories in our favorite national park, and Saturday Little League games at the field up the street. There are too many all-American values that depend on the Land and Water Conservation Fund to let this program disappear forever. Congress is simply blowing it.”

The Land and Water Conservation Fund is the primary tool for conserving iconic land and historic sites from the Grand Canyon to the Great Smoky Mountains and the Appalachian Trail to the Everglades. Read about 19 places at risk if the program expires.

Without it, lands that are within—or adjacent to—our national parks and wild public lands could be sold to the highest bidder, fenced off with no trespassing signs, or developed beyond recognition—changing these iconic landscapes for all time.

Among the projects which would be at risk if LWCF’s mandate is allowed to expire:

o   Development could threaten and infringe on one of the few places where the giant saguaro cactus still grows.

o   In the Lake Quinalt section, the water quality of streams and creeks is threatened by nearby development and water consumption demands. Some private properties in the area directly discharge sewage into the lake, while there is also evidence of nearby sewage systems failing with waste water seeping into the lake.

o   Proposed LWCF acquisitions would protect habitat for monk seals and endangered plants and preserve important cultural and archaeological sites. The National Park Service has placed protection of these parcels as its highest priority for LWCF funding this year, but even the #1 project on the list might not be completed if LWCF expires.

o   McAllister’s Mill is the only Underground Railroad site in the park. A 2016 Land and Water Conservation Fund project will acquire and preserve historic features of that site, but the project could be threatened if LWCF is not reauthorized.

More information on these at risk lands can be found here.

It would be surprising if it acted in favor of mainstream Americans. One survey showed that Congress acted much more in favor of the 90th percentile than of the 50th. It ain't for you and me. Forget them, and expect the worst because that's what we'll get. It's all about the money that makes them rich, and it doesn't come from us. It's a failure of democracy, and it is one reason why I don't vote, it only encourages them.