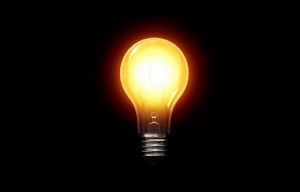 December 27, 2017 (San Diego) -- Incandescent light bulbs have been around since Thomas Edison’s era.  But starting January 1st, it will be illegal to manufacture them in California.  Our state will be the first in the nation to phase out the incandescent bulbs under new energy-saving standards set to take effect nationally in two years, standards put in place by President George W. Bush’s administration.

Store owners locally will be allowed to sell their remaining inventory, but after that, California consumers will need to choose from other options such as compact fluorescent (CFL) or Light Emitting Diode (LED) bulbs.  These bulbs must produce three times more brightness per watt than the older incandescent bulbs produced.

Advocates of these alternatives also point out that LEDs can last for decades, so you’ll rarely need to change a light bulb.

Others object to losing the soft, warm glow that incandescent bulbs provided, and some consumers have indicated that brighter lighting can be hard on sensitive eyes.

Noah Horowitz, a senior scientist with the Natural Resources Defense Council, believes the benefits of a mass changeover in lighting is well worth the investment.

California News Service reports that Horowitz advises people to remember that “When you flick the switch and turn your light on, that electricity comes from somewhere and often, it's from power plants that are operated by fossil fuel—and burning fossil fuels is what causes climate change."