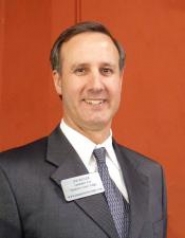 This action was taken after a unanimous recommendation was made by a committee of San Diego lawyers who reviewed subsequent information about Mr. Miller’s fitness for public office.

Prior to Miller’s endorsement, Miller had filled out an extensive questionnaire on judicial qualifications. Lincoln Club the conducted interviews prior to the endorsement before the Primary election.

“In the initial questionnaire, there was no mention of him having been relieved by Judge Trentacosta,” Stirling told ECM.  After the Club heard about Miller’s removal, Stirling added, “I asked him about it.  He denied vehemently that he had been relieved and claimed disingenuously that he was still `pro temming’ to use his term, because he was still in El Cajon.”

Stirling said he then called Karen Dalton, public information officer for the Superior Court, who confirmed that Miller was relieved for cause.  On April 2, Stirling said he sent a letter to Judge Trentacosta seeking written confirmation that he had removed Miller, but received no reply to the letter or follow-up phone calls.

Stirling told ECM’s editor today that he learned of Miller’s admission in an article published in East County Magazine titled Judicial Temperament?  In that story, Miller admitted he had been removed as a Judge Pro Tempore (volunteer judge) but “blamed someone else. We then had three sources, which was enough to confirm.”

In the May 30, 2012 article in ECM, Dalton confirmed that Miller was no longer on the Pro Tem list but declined to disclose the reason for his removal.  In an interview with ECM for that story, Miller admitted that he had been dropped in late April though insisted he had not been the subject of c 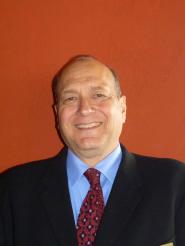 omplaints or disciplinary action to warrant such removal.

Then he blasted his opponent. “I am not happy with Mr. Amador’s gamesmanship or the reach of the D.A.’’s office onto our bench.”

Amador has denied any involvement in Miller’s removal as a Judge Pro Tem.

Today, Amador told ECM’s editor that “ECM made a difference” by “getting the story out there” about Miller’s actions.

ECM’s article also revealed intemperate Facebook postings made by Miller on his website about cases before him while serving as a Judge Pro Tem.  His posts also criticized lawyers, judges, a law enforcement official and clients he represented as a lawyer. Those actions appeared to violate judicial canons of ethics.

Miller had previously been rated “not qualified” by the County Bar Association, which found Amador well qualified. Miller has run a campaign centered around a need for judges with backgrounds other than criminal law, since a high number of judges are former district attorneys. Miller is an attorney in private practice, based in East County.

Controversies over Miller’s ethics, qualifications and removal from the Superior Court bench have led to some unusual alliances in the race.  Both Miller and Amador are Republicans, however the County Democratic Party, which cannot endorse non-Democrats, took the unusual step of urging voters NOT to vote for Miller in November. Amador enjoys a long list of endorsements from law enforcement officials, judges and prominent political leaders in both parties.

ECM has asked Miller for comment but has thus far received no reply. Miller did send a written comment on the matter to KPBS, however. “I am attempting to discuss the matter directly with the club,” Miller wrote. “I hold the Lincoln Club in high respect but think, without hesitation, they are working off of incorrect information. No one should consider this issue over for now.”

Stirling said the Lincoln Club sent a letter last night to Miller asking him to stop representing himself as endorsed by the Club.  However the Club will not ask that a check sent to Miller’s campaign be returned.

“Whether Mr. Miller had been disqualified as a pro tem judge or not was and is important information that should have been timely disclosed to both subsequent litigants and voters,” the Lincoln Club’s press release concludes. “Deputy District Attorney Robert Amador deserves election to the Superior Court bench.”