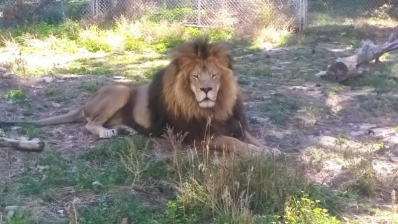 October 16, 2016 (Alpine) -- Lions Tigers & Bears (LTB), a San Diego Big Cat and Exotic Animal Rescue, has sent its rescue team to a sanctuary in South Dakota, which has closed after a recent USDA inspection and tiger mauling last week.

The LTB team will transport the animals to other sanctuaries, including LTB, in their state of the art Animal Transport Hauler which features on-board first aid (for both animals and humans), an anesthesia machine, running water, temperature controls, fans, tools, capture equipment and safety transport cages. The journey is expected to log over 8,000 miles over a three-week period.

In addition to maintaining a sanctuary for over 60 rescued animals in Alpine, California, LTB has provided rescue, medical and transport services to over 150 animals in the last five years alone. The organization is completely non-profit and depend on donations from the public to fund these rescues.

The total cost of this emergency rescue is unknown, but expected to surge far beyond their current rescue fund holdings. Expenses will include fuel, food and medical supplies for the animals, possibly additional transport cages and more, as determined after a full evaluation can be made.

You can donate or learn more at www.LionsTigersandBears.org