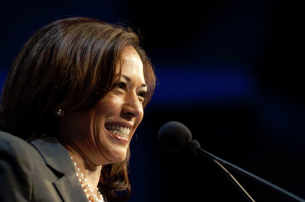 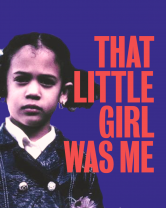 Reprinted from Common Dreams under a creative commons license

June 28, 2019 (Miami) - Sen. Kamala Harris directly confronted Joe Biden over his civil rights record during Thursday night's Democratic presidential debate, highlighting the former vice president's opposition to school busing as a senator in the 1970s and his fond recollection of the "civility" of notorious segregationists.

After saying it was "hurtful" to hear Biden offer kind words earlier this month about two senators who "built their reputations and career on the segregation of race in this country"—James O. Eastland and Herman Talmadge—Harris invoked "a little girl in California who was part of the second class to integrate her public schools, and she was bused to school every day."

"And that little girl was me," Harris said.

"So I will tell you that, on this subject, it cannot be an intellectual debate among Democrats," added the senator from California. "We have to take it seriously. We have to act swiftly."

Watch the full exchange below:

Biden responded by accusing Harris of mischaracterizing his record, claiming he "did not oppose busing in America."

"What I opposed is busing ordered by the Department of Education. That's what I opposed," Biden said.

But critics were quick to poke holes in the former vice president's account of his past.

"Biden's claim tonight that he only opposed federally mandated busing and did not generally oppose 'busing in America' was a flagrant misrepresentation of his position in the '70s and '80s," tweeted CNN reporter Daniel Dale. "He'd made crystal clear he opposed busing as a concept, as a matter of principle."

Responding to Biden's claim that he only opposed busing mandated by the federal government, Harris again highlighted her personal experience, noting that she "was part of the second class to integrate Berkeley, California public schools almost two decades after Brown v. Board of Education," the 1954 Supreme Court ruling that racial segregation in public schools is unconstitutional.

she'd be running against a president who multiple fact check sites say has lied more times than anyone who ever held the office.  So accusing any opponent of fibbing may not be his strongest reelection argument.  Worth noting:  a DNA test ultimately did prove that Warren was truthful in claiming Native American heritage (she never claimed tribal membership) though it's still debatable why she listed this on an application.  It was, however, not a lie.

Our party system is broken, fairvote.org
Her statements against Biden regarding “that little girl was me” was a rehearsed boo hoo flat out lie. Because of the way she treated Judge Kavanaugh in the bogus televised hearing I would NEVER vote for her. She was cruel and vengeful in her questioning of him. Just disgraceful.

so I am really happy she is spending her time running for President instead of messing up our country in the Senate.

A comment of Deplorable Girl has been deleted for violating site rules due to slander/libel.   While it's fine to criticize any candidate or office holder based on their stances or views, do not post salacious personal attacks unless you have links to sources to credible documentation such as court filings or eyewitnesses who have gone on record (in which case we would reach out to the accused for comment). Mere rumors of a defamatory nature are prohibited for legal reasons.  If she wishes to repost other portions of the comment without the defamatory portion that is fine.

People who repeatedly violate our rules, particularly by posting slanderous attacks on anyone, will have their accounts deleted.

Still ROFLing!
Harris has a "Joe Blizznick" (Lil Abner) cloud over her head and esteemed career, that smacks of the tainted city of Berkley, the Sanctuary Status of California and anti Constitutional attitude that is dividing Americans in our own country. She is about as qualified to run this country as Joe. She wants tears from us as well as our votes while she dwells in the swamp? California is overloaded with tainted and under qualified "Representatives" of the people.
Joe Biden is slowly slipping from the top. Meanwhile Elizabeth Warren is climbing determinedly. Perhaps she will be our next POTUS.
She lied about being an Indian just to get into politics in the first place. Her stand on free everything for everyone is totally ridiculous. NOTHING IS FREE. Even Sanders had to finally admit he would have to tax the middle class. The democrats of the past are dead and gone.