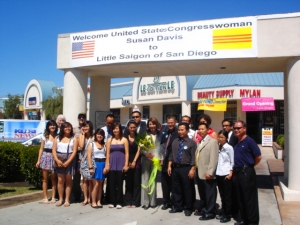 August 22, 2010 (San Diego) -- Su Nguyen and Frank Vuong are two Vietnamese Americans making a difference in San Diego. The founders of the Little Saigon Foundation, a 501 (c) (3) nonprofit, are working to brand the City Heights area along El Cajon Boulevard between Euclid and Highland Avenue as “Little Saigon District.”

These two men are striving to gain recognition for the Vietnamese business and cultural influence in this neighborhood--and to fashion an economic/cultural center that will revitalize this region.

Their efforts are drawing attention. On Friday, August 13th, Congresswoman Susan Davis met with Nguyen, Vuong, Foundation members, and business and community leaders. She participated in a local walking tour, talked to business owners and engaged in a town hall 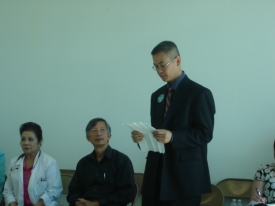 meeting to hear statements about the proposed naming of the “Little Saigon District.”

At the meeting, Davis spoke of her ties to the area and being touched by the resilience and initiative of Vietnamese people. “I’ve lived in this community since 1973, and I’ve seen much of this growth and to have this opportunity to hear from you and to know the kind of progress that’s been made is very impressive,” she said. “It’s as impressive as I have felt in having met families over the years who have overcome tremendous obstacles to create stable and secure and really very productive lives for their families.”

Davis offered her support for the Foundation’s cause and advice to achieve its goals. “I’m really pleased to hear many of the comments you’ve made about putting Little Saigon really on the map for the community,” she related. “My sense is that the sky’s the limit."

She praised like the accomplishments the Vietnamese community has made in San Diego and encouraged  "I think one thing that convinces people that they want to be part of this is to kind of have an idea: What are we thinking about? What’s it going to look like? Why should people stop and get out of their cars and come into my business?” Davis provided insight. “Because it’s part of something greater than myself. In a way, that’s what you’re trying to do here. You’re trying to create something so much greater than any one individual business. You have great examples of how to do that. You’re already working to do that. I think it’s tremendous.” 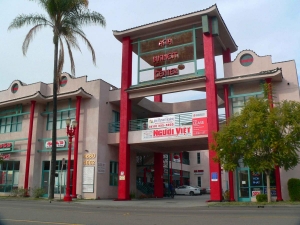 Beryl Forman, the marketing manager for the El Cajon Boulevard Business Improvement Association, took part in the walking tour and attended the meeting with Davis and community leaders in City Heights. Her organization’s mission is to promote the economic growth and cultural diversity of businesses from Park Boulevard to 54th Street along El Cajon Boulevard. They are supportive of Little Saigon Foundation’s efforts to help area businesses.

“I’m really proud of (the Foundation) for the work they’re doing. They’re receiving a lot of recognition for the work. This is one of the most significant things taking place in the Vietnamese community in San Diego right now, so it deserves the attention it’s getting,” Forman said.

As the founder of the Little Saigon Foundation, Su Nguyen, age 35, is familiar with the struggles and accomplishments of Vietnamese immigrants to San Diego. When Nguyen came to America at age 19, he didn’t speak English. His father served as an officer in the South Vietnamese army and was forced to spend six years in a “re-education camp,” a politically correct term coined by the Communists to imprison former American allies, government workers, business owners and others deemed maladjusted and dangerous by the new regime after the Vietnam War. The Communists herded prisoners from cities to perform slave labor in isolated pockets of the country called “new economic zones,” areas that needed to be redeveloped. The goal was to indoctrinate these people with the policies and values of the new government.

Nguyen emigrated to the U.S. with his family in 1993 through a program called Humanitarian Operation to help those who formerly served in the South Vietnamese army enter this country. He studied at Mesa College but found himself speaking his native language due to the large population of Vietnamese there. He switched to Grossmont College to force himself to practice English with non-Vietnamese students. Nguyen transferred to SDSU and graduated with a degree in electrical engineering. 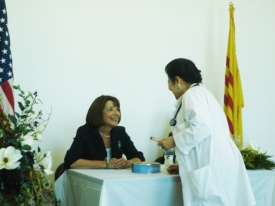 As a result of the hardships he faced as an immigrant, he wants to help others in similar situations and to enhance the City Heights community he calls home. Before forming the Little Saigon Foundation, Nguyen founded a San Diego nonprofit called the Vietnamese American Youth Alliance (VAYA) in 2004 to empower youth and preserve the Vietnamese culture. VAYA initiated the annual Tet Festival to celebrate the Vietnamese New Year. It started at Qualcomm Stadium in 2006 and later moved to Balboa Park, drawing over 20,000 people to the three-day event. Now he wants to use his organizational skills to promote the economic/cultural environment in City Heights.

“I picked this place as my home, and I kept thinking of how to improve the area. I (want) to create a district called Little Saigon. It’s an idea to promote diversity, to beautify the place where we live. We want San Diego to have something different, something unique, something the tourists will look for, something the citizens of San Diego will be proud of, something that will bring people together,” Nguyen said.

In addition to his efforts to recognize the six-block area along El Cajon Boulevard as the Little Saigon District, Nguyen’s foundation is staging a Lantern Festival at Hoover High School August 27- 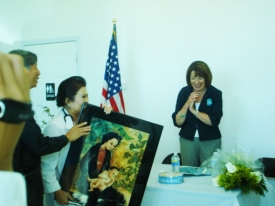 29 this year to bring cultural awareness to the community.

Little Saigon Foundation co-founder Frank Vuong, now 31, immigrated to the U.S. in 1989 at age 10 with his family. He studied English as a Second Language from the fifth to ninth grade in Orange County. He attended UCSD and earned a degree in Ethnic Studies. At the college, Vuong joined the Vietnamese Student Association (VSA) and worked to save a Vietnamese language program in danger of being cut. By making speeches, starting letter writing campaigns and taking part in fundraising activities, VSA helped the Vietnamese language program survive at UCSD. This whetted Vuong’s appetite for community service and showed him he could make a difference.

Because of Vuong’s involvement in VSA, Nguyen recruited Vuong to help him start VAYA, and they have continued to work together in the Little Saigon Foundation. “By branding a section of the city as Little Saigon District, we are giving the Vietnamese community a sense of identity. We hope to instill pride so that they will take more responsibility to develop their own community, to get more involved with civic engagement,” Vuong said.


Ray M. Wong is a freelance writer in San Diego. He can be contacted by e-mail at ray@raywong.info or through his website: www.raywong.info.