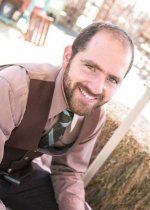 With rich vocals, introspective writing, and accomplished musicianship, Levi Dean creates a progressive style that draws heavily on folk, roots, and bluegrass to make a distinct sound that is rooted in tradition, yet contemporary.

Levi Dean was born into a family of songwriters and artists. He got his first mandolin from his father when he was a teenager and, as a self-taught musician, has been playing and writing music ever since. Levi grew up in Virginia and went to school in the Appalachian Mountains. There, he played in a progressive bluegrass band called The Blueweeds. He, then, moved to the Rocky Mountains where he formed a band called Dean Station and began playing professionally. Dean Station has completed three U.S. tours to promote their debut eponymous album in Dec 2006, their second album "Raising the Root" in Aug 2007, and "Quarter of a Century" in May 2009. In 2011, Levi spent a year in Nashville, TN honing is songwriting skills and now lives in sunny San Diego.